The prevalence of resistance to nonnucleoside reverse transcriptase inhibitors among HIV-infected individuals has increased to 'alarming levels' in Aruba, reaching 45% in 2015, see our recent publication at CID. 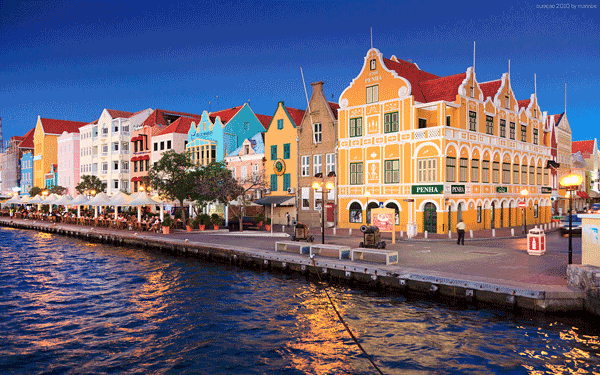 L. Marije Hofstra, MD, of the department of medical microbiology at the University Medical Center Utrecht, the Netherlands, and colleagues discovered that the increase in resistance is due to a rise in the nonnucleoside reverse transcriptase inhibitor (NNRTI) mutation K103N. The mutation has a detrimental effect against Sustiva (efavirenz, Bristol-Myers Squibb) and nevirapine, which are commonly used in first-line combination ART (cART) regimens in highly endemic countries.

'Emergence of HIV drug resistance during cART use has tremendously decreased in Western countries, and transmission of drug resistance has merely stabilized in recent years, as a result of close laboratory monitoring, the use of regimens with a higher genetic barrier to resistance, and surveillance,' Hofstra, who also is from the department of infection and immunity at Luxembourg Institute of Health, and colleagues wrote in Clinical Infectious Diseases. 'However, our data demonstrate that in a setting without adequate surveillance, the prevalence of infections with NNRTI resistant HIV can increase to worrisome levels, compromising the efficacy of the standard first-line NNRTI-based regimen.'

The researchers examined data on 104 treatment-naive participants who underwent HIV drug-resistance testing from 2010 to 2015 in Aruba. Among them, 86% were men, 39% were foreign-born and 22% had AIDS at diagnosis.

Results showed that 33% (95% CI, 24-42) of participants were infected with a drug-resistant strain of HIV. While resistance to nucleoside reverse transcriptase inhibitors (NRTIs) and protease inhibitors (PIs) was rare, (2%; 95% CI, 0-5), the prevalence of NNRTI resistance was 32% (95% CI, 23-41), increasing to 45% (95% CI, 27-64) in 2015. According to the researchers, all NNRTI resistance was due to the K103N mutation. An additional analysis of 28 participants who experienced treatment failure showed that 54% of participants had virus with a K103N mutation.

All patients who received HIV drug resistance testing at baseline were infected with an HIV-1 subtype B virus, the researchers said. Those infected with a K103N strain were more often men who have sex with men and were more likely to experience virologic failure with NNRTI-based regimens.

Hofstra and colleagues performed a phylogenetic analysis of 688 sequences to determine the source of K103N transmission. They found that K103N-harboring strains were introduced into treatment-naive populations through at least six independent transmissions involving the surrounding countries, including Venezuela, the Dominican Republic and Curacao.

The researchers reported that previous research has shown that resistant variants may revert to wild-type after transmission to attain viral fitness, limiting further potential spread of the resistant variant. In this cohort, however, K103N persisted at high frequencies despite the long duration of infection in some participants. A next generation sequencing analysis did not show evidence of reverted minority K103N variants compared with population sequencing.

'The long-term persistence of variants with K103N after transmission underlines their threatening potential to spread widely among therapy-naive individuals,' Hofstra and colleagues wrote.

'Our data indicate that it is crucial to combine the scale up of cART in low- and middle-income countries with adequate surveillance for resistance as recommended by the WHO, to guard the efficacy of our current public health approach and to prevent jeopardizing the potential benefit of treatment as prevention,' Hofstra and colleagues concluded. 'If strengthened surveillance would show that these NNRTI-resistant viruses are more widespread in the region, a change of the current first-line NNRTI-based regimen to a regimen with a higher genetic barrier to resistance should be strongly considered, despite its major implications for resources and logistics.' by Stephanie Viguers