There is no magic bullet: the town that turned the tide against HIV. Lessons learned in Eshowe are being used against coronavirus.

Lessons learned in Eshowe, South Africa, one of the areas worst hit by the HIV pandemic, are being used against coronavirus. Jason Burke in Eshowe writes to The Guardian about KRISP and UKZN work. 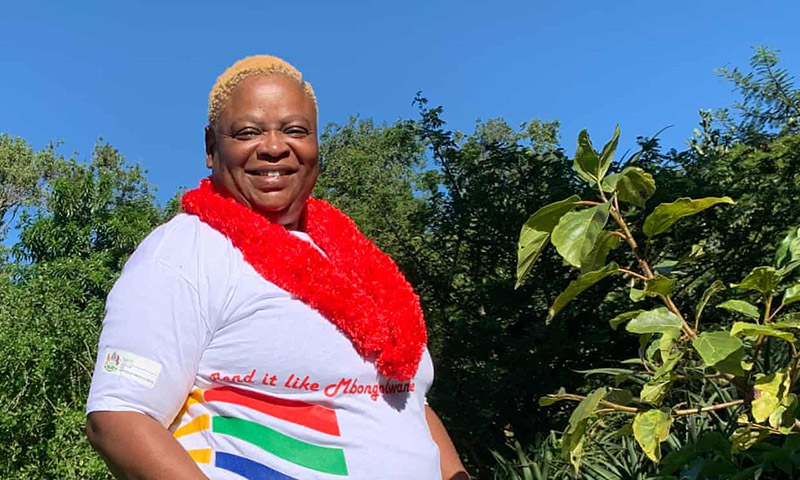 Sthandwa Buthelezi, a municipal worker in Eshowe. 'I think one day there will be no more HIV here  and the people will be free, free, free.' Photograph: Jason Burke/The Guardian

In the visitors' books of Eshowe's many guesthouses and hotels, tourists inspired by verdant sugar cane fields and blossoming trees write about 'a corner of Eden'.

Locals and specialists know the small town set high among the rolling hills that run along South Africa's eastern coast for another reason.

With the world's attention now focused on a new infectious and potentially lethal disease, there is hope that South Africa's long battle against an earlier pandemic - and other infectious diseases - can provide ideas for possible solutions and hope.

South Africa remains the centre of the global HIV pandemic, and about 8 million people were estimated to be living with HIV in 2019, including one in five of all those aged 1549. KwaZulu-Natal is the worst-hit province of the country, and Eshowe is among the very worst-hit communities.

But, even in Eshowe, there is a growing belief in a future without HIV.

Across South Africa, senior officials involved in the fight against HIV say they are more optimistic than ever before. 'We are in a much, much better place  it is an effort that has involved many, many people,' said Yogen Pillay, South Africa's deputy director general for health. 'There is no magic bullet here  ultimately you need a strong health system and you have got to work with communities.'

Buthelezi's story is also that of her community, and in part that of South Africa, where the first HIV cases were reported in 1982, when she was nine.

'Eshowe was very nice. Life was so good to me when I was little. I had my family, my sisters, my parents, my church,' she remembered.

Within a decade, everything had changed. By the mid-90s, prejudice and a series of disastrous failures of political will and understanding had crippled South Africa's response to the HIV epidemic, and the disease was spreading fast.

'People were afraid of anyone who was HIV positive. My sister was a Sunday school teacher, but they told her to stay away. The doctors and nurses didn't like us. My sister was sick. I went to them begging and crying. They said: 'We can't help you,' and told me to take her home and give her vegetable juice,' she remembered. 'Even my father said it was witchcraft. That's why the family was sick.' 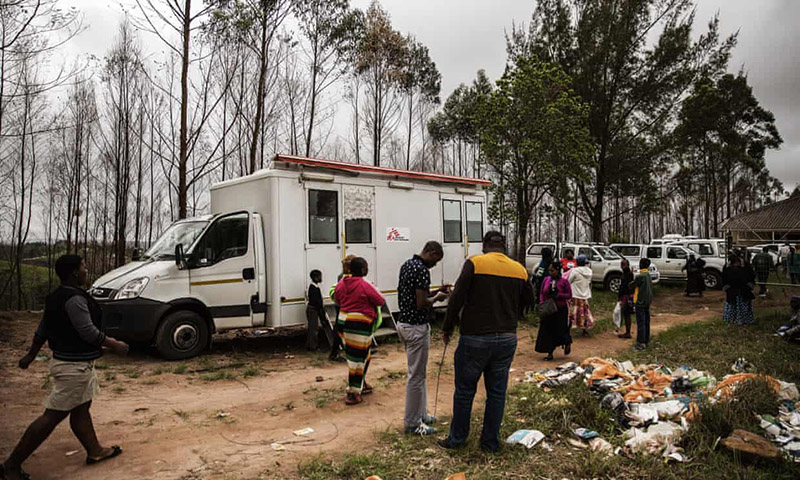 Life-saving antiretroviral (ARV) drugs that allow people with HIV to live a full and healthy life, reducing it to a manageable condition like diabetes or hypertension while also preventing onward transmission, were not available in Eshowe at the time.

Thabo Mbeki, president from 1999 to 2008, questioned the link between HIV and suppressed immunity, suggesting that other factors could be responsible for the high mortality rate among those living with the virus. The high-level political resistance to the distribution of ARVs may have cost as many as 300,000 lives, some experts have estimated.

The difference between Mbeki's approach and the vigorous, sweeping and rapid response of South Africa's current president, Cyril Ramaphosa, and his energetic health minister, Zweli Mkhize, to coronavirus is striking.

'The initial response is obviously in complete contrast with that to the HIV pandemic,' said Dr Richard Lessells, a specialist in infectious diseases based at KwaZulu-Natal Research Innovation & Sequencing Platform (KRISP) in Durban, KwaZulu-Natal's largest city.

Buthelezi's mother died of tuberculosis, a common killer of those with HIV. Unfounded fears of possible infection made the family social outcasts. When Buthelezi's oldest sister died, funeral workers and relatives refused to help with her corpse.

'We were not even allowed to talk about HIV. They didn't want to hear,' Buthelezi said. The failure to provide ARVs, which stop pregnant mothers transmitting the infection to their children, meant that her own daughter was born with HIV and died, in her mid-teens, in 2011.

'She had started treatment, but too late,' Buthelezi, who tested positive for HIV in 2006, said.

Yet there has been change. Almost 15 years ago, the South African government began backing the distribution of ARVs, helped by funding from the US under a scheme to fight HIV in Africa introduced by President George W Bush.

The year Buthelezi's daughter died, the international NGO Médicins Sans Frontières began a pilot project in Eshowe, which aimed to educate the community about HIV and mobilise local people to fight the disease themselves. 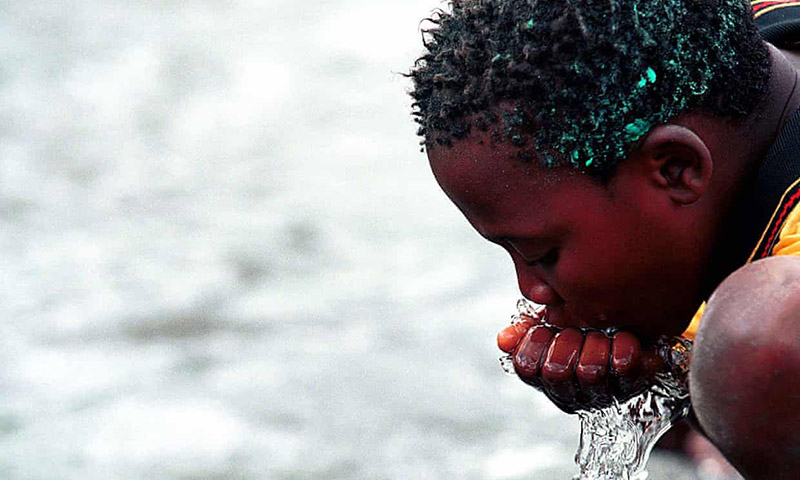 A child drinking from the river at Eshowe in 2001. Photograph: Schalk Zuydam/AP

The experience of fighting the HIV pandemic is now informing the battle against Covid-19.

One principal lesson from fighting HIV - and tuberculosis - is that if you don't have the community with you, you won't see the results you want.

'They've been trying to do this with people, not just by telling them what to do  There's been an excellent mass public information campaign. They really invested in communications,' said Lessells.

Other resources for fighting infectious diseases in South Africa are now being repurposed to face a new enemy. It is hoped that almost 200 machines used to screen for tuberculosis can now be converted for use against Covid-19, for example, though the test kits and vital chemical agents may still be lacking.

South Africa also has a well-developed network of community health workers, many of whom are now being redeployed to battle the new threat. Many of the initiatives piloted in Eshowe have been introduced elsewhere by national health authorities.

But no one doubts the remaining challenges in the battle against HIV, or Covid-19. The project in Eshowe was very resource-intensive, and cannot be replicated everywhere.

Though South Africa receives significant international aid and the country can also leverage the huge scale of its programme to bring down the huge cost of ARV treatment, the financial burden was huge, even before the vast expenditure caused by the coronavirus crisis. But that there has been huge progress is undeniable.

'It has changed a lot,' said Buthelezi, whose 11-year-old son does not have HIV. 'I am optimistic for my child. But there is still a lot to do.'