As President Cyril Ramaphosa eases restrictions on one of the most stringent lockdowns in the world, the number of Covid-19 daily infections has continued to rise. Up to 700 people a day tested positive this week. 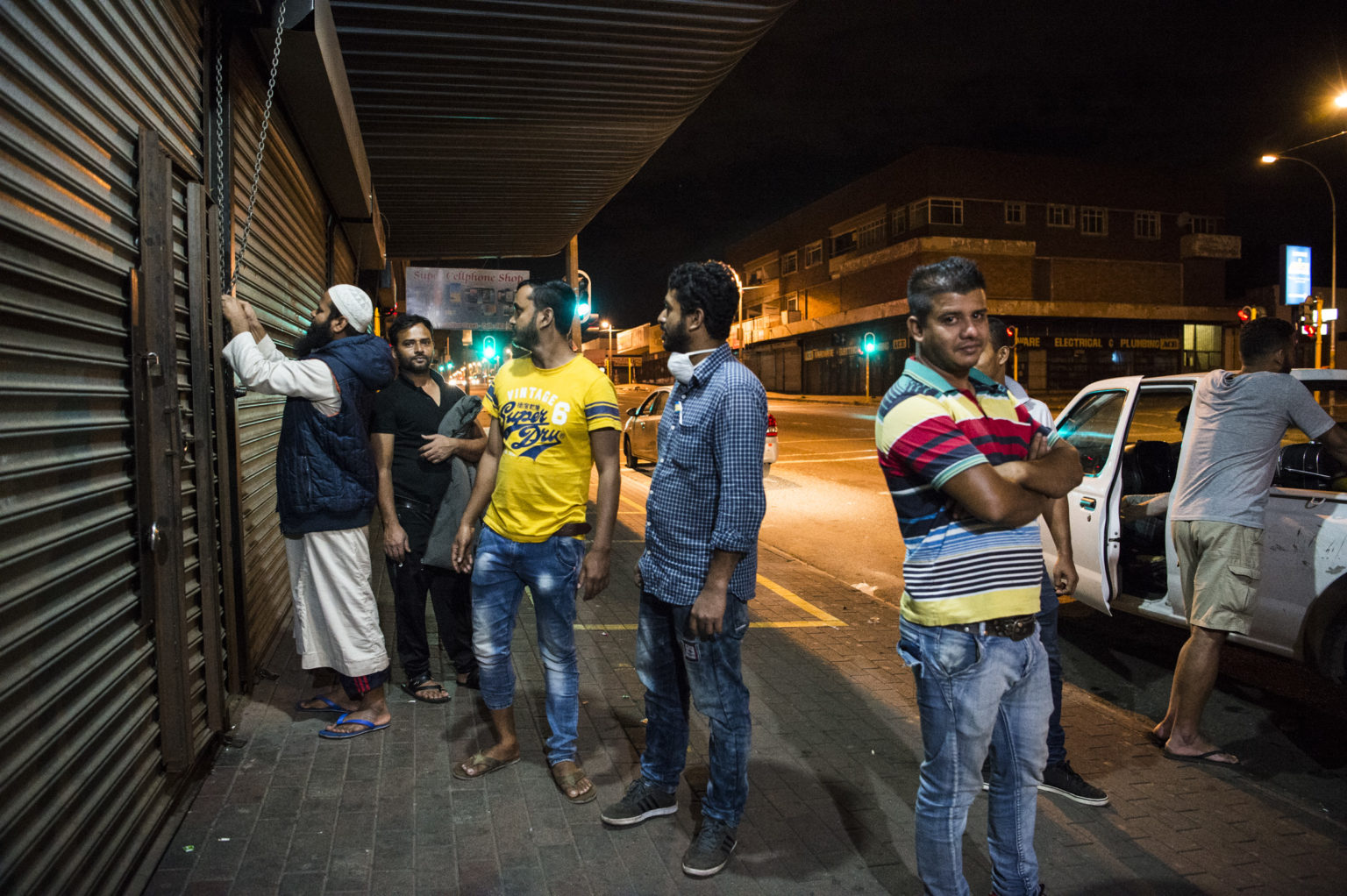 As the lockdown restrictions are eased, the number of Covid-19 cases will increase. (Delwyn Verasamy/M&G)

As of May 14, South Africa had about 25% of the continent's positive cases and just under 10% of the deaths caused by the virus.

On Wednesday night Ramaphosa said the easing of lockdown restrictions was in line with the risk-adjusted strategy through which they sought to slow down the rate of infection and flatten the curve.

'We have been warned that infections will inevitably rise as the lockdown measures are eased, as has happened in many countries. We also know that the coronavirus will continue to be a global health threat for some time to come and that the fight against Covid-19 needs to become part of our daily lives,' he said.

'We are now preparing for a further easing of the lockdown and a gradual opening of the economy. I will repeat what I have said before: If we lift the lockdown too abruptly and too quickly, we risk a rapid and unmanageable surge in infections.'

Ramaphosa said that during the lockdown the government has been able to strengthen the capacity of the health system to better manage the inevitable rise in the number of infected people. There are now about 25000 additional beds available for quarantine, substantial quantities of personal protective equipment has been sourced while the number of people screened and tested for the virus has expanded.

Though about 370000 tests have been conducted in the 60 days since the first positive Covid-19 case was confirmed on March 5, the National Health Laboratory Services (NHLS) has not come close to its target of 36000 tests a day.

Instead, people are complaining about waiting for days to get their test results and on average, in the two weeks since South Africa moved into level four lockdown, the number of tests has been about 13000 a day.

In a statement in March, the laboratory service said: 'At the end of April, the NHLS will be able to process approximately 36000 tests in 24 hours.'

Dr Jo Barnes, of the University of Stellenbosch's department of global health, said there is no doubt that the number of infections and deaths will climb. 'On the basis of this information, I am of the opinion that hard lockdown is not going to contribute much more to flatten the curve. I am really concerned about the preparedness of places where there are many people cooped up in small spaces such as old age homes, care homes, prisons, etc.

'In the Eastern Cape, there have already been outbreaks in prisons that seem to be poorly prepared to cope with the problem,' Barnes said.

'We need much more than just locking people up. We need to inform people why and how they can protect themselves so that they understand.'

Ramaphosa also announced that further easing of restrictions will be finalised in the coming days where, by the end of May, some areas will move to level three and others will remain on level four,' he said.

'For now, infections are mostly concentrated in a few metropolitan municipalities and districts in the country. It is important that we maintain stringent restrictions in these areas and restrict travel out of these areas to parts of the country with lower rates of infection.'

These decisions, the president said, were informed by the best available evidence and guided by the advice of local and international experts.

Last week the World Health Organisation (WHO) African Region estimated that between 830000 and 190000 people in Africa could die of Covid-19. The latest situational report from the WHO shows that in the past week the continent recorded its highest daily case count since the beginning of the outbreak, with more than 1000 new cases reported each day in the past two weeks. 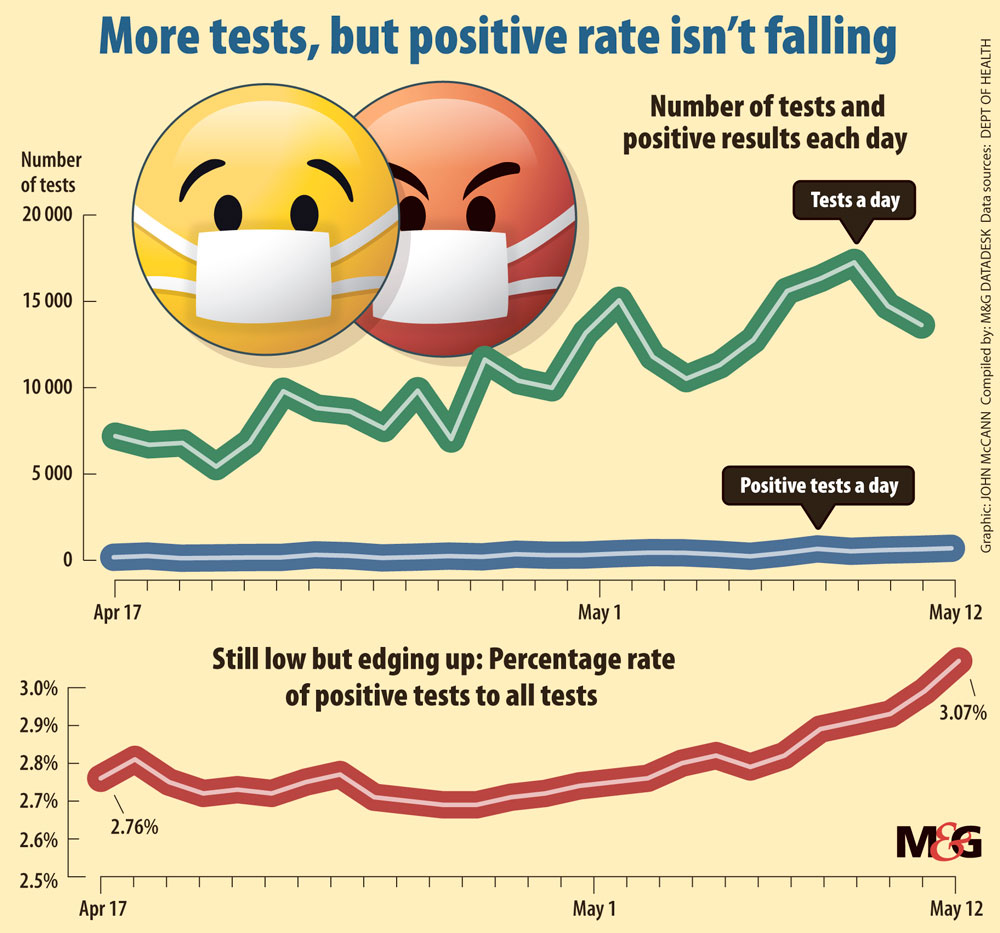 The organisation also stated that 29-million to 44-million people could get infected in the first year of the pandemic if containment measures fail.

The research, which is based on prediction modelling, looks at 47 countries in the WHO African Region with a total population of one billion. The lower rate of transmission, however, suggests a more prolonged outbreak over a few years, according to the study which also revealed that smaller African countries alongside Algeria, South Africa and Cameroon were at high risk if containment measures are not prioritised, the WHO stated.

But Dr Richard Lessells, an infectious diseases specialist leading the University of KwaZulu-Natal's Research Innovation and Sequencing Platform (KRISP) at UKZN and is part of the local response to the pandemic through the UKZN Covid-19 war room, said the increase in numbers should not be alarming, but it is a reflection that we have not been able to contain the epidemic.

'But I think we knew that a long time ago, that the measures we took were not enough to contain. We are trying to mitigate the effects rather than contain it. Even though we did it very early, there was probably enough spread before we locked down,' he said.

He argues that there should be more attention to the 'small fires' or clusters of infections in institutions. These include hospitals, care homes, workplaces, factories and prisons where more people are congregating.

'The concern is these institutional kinds of clusters of infections can be amplifiers of the transmission in the community. Where we do have room is in our health system, which is far from overwhelmed at the moment Â— and actually underwhelmed. There's a lot of hospitals, certainly here in Durban, that still haven't seen many cases.'