The variant is up to 70 percent more transmissible than earlier versions, officials said. People in southeast England, including London, were told to stay at home. 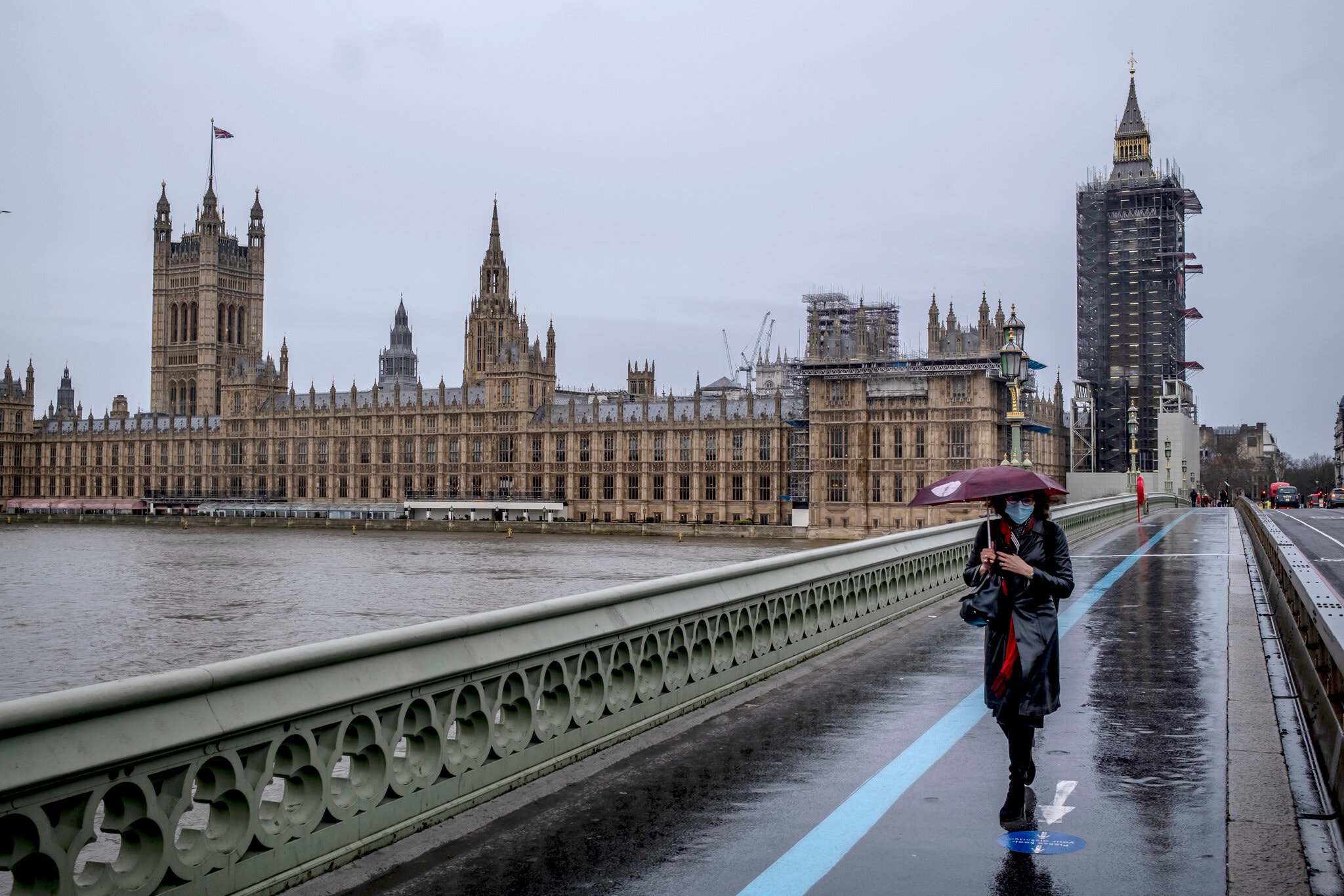 By Mark Landler and Stephen Castle

LONDON  Alarmed by a fast-spreading variant of the coronavirus, Prime Minister Boris Johnson abruptly reversed course on Saturday and imposed a wholesale lockdown on London and most of England's southeast, banning Christmas-season gatherings beyond individual households.

The decision, which Mr. Johnson announced after an emergency meeting of his cabinet, came after the government got new evidence of a variant first detected several weeks ago in southeast England, which the prime minister asserted was as much as 70 percent more transmissible than previous versions.

The new measures, which take effect on Sunday, are designed, in effect, to cut off the capital and its surrounding counties from the rest of England. They are the most severe measures the British government has taken since it imposed a lockdown on the country back in March, and reflect a fear that the new variant could supercharge the transmission of the virus as winter takes hold.

'When the virus changes its method of attack, we must change our method of defense,' a somber Mr. Johnson said on Saturday. 'We have to act on information as we have it, because this is now spreading very fast.'

Viral mutations are not uncommon, and British officials said this variant had been detected in a handful of other countries, without naming them. But the government's medical experts expressed alarm about its apparent infectiousness, noting that it now accounts for more than 60 percent of the new infections reported in London.

Other scientists cautioned that only laboratory experiments and other kinds of analysis will determine with certainty whether the variant is more transmissible, or if its prevalence is due to other factors.

But some said there was good reason for concern that this variant is more infectious. Preliminary findings suggest that it is spreading so fast in Britain that it is quickly displacing dozens of competing versions of the coronavirus that have been circulating for longer.

'This spread is happening at a moment in time when there are already many lineages circulating, and despite that it is displacing them all,' said Kristian Andersen, a geneticist at the Scripps Research in La Jolla, Calif. 'We can't say for sure, but to me it looks like this very explosive growth is primarily because' of its new mutations.

The new variant in Britain shares a crucial mutation with a lineage that is growing just as explosively in South Africa. At a World Health Organization meeting early this month, scientists reported that the South African variant accounted for 80 to 90 percent of newly identified infections, driving an explosive second wave.

'We normally see 20 to 30 lineages in our samples at a given time,' said Tulio de Oliveira, a professor at the University of KwaZulu-Natal's Nelson R. Mandela School of Medicine, in Durban, who first flagged the variant. 'Now, we see only one.'

Whatever the characteristics of the mutation, it is clear that Britain faces an escalating crisis, even as it rolls out a mass vaccination program. Nationwide, the pace of new infections has nearly doubled in less than two weeks, leaping past most of Western Europe, though it remains well below the per capita rate in the United States.

'When the virus changes its method of attack, we must change our method of defense,' a somber Mr. Johnson said at a Saturday afternoon news conference.Credit...Pool photo by Toby Melville

Public health experts said the new variant reinforced the urgency to tighten restrictions to try to eliminate the virus altogether, since new mutations are a recurring phenomenon.

Mr. Johnson's abrupt reversal came after a cabinet subcommittee meeting on Friday, in which members of the government's scientific advisory panel presented evidence that new infections had nearly doubled in London in the last week, and that the new variant accounted for a majority of those cases.

The government's chief scientific adviser, Patrick Vallance, said there was no evidence that this version of the virus was more lethal or more resistant to vaccines than others. But Dr. Vallance, a physician and medical researcher, said scientists had identified 23 changes in the new variant, an unusually large number, including several in the 'spike protein' that the virus uses to attach itself to host cells, which could increase its transmissibility.

Scientists outside the British government confirmed that the variant has potentially significant changes in the spike protein.

Faster transmission would mean more cases, which would lead to more hospitalizations and fatalities. The government said it had notified the World Health Organization about the prevalence of the new variant.

'This virus spreads more easily,' Dr. Vallance said, as he flanked Mr. Johnson, 'and therefore more measures are needed to keep it under control.'

The new lockdown zone includes all of Greater London and much of the surrounding southeast of the country, a densely populated area encompassing nearly 20 million people, a third of England's population. The restrictions will remain in place for at least two weeks, and will be reviewed on Dec. 30. 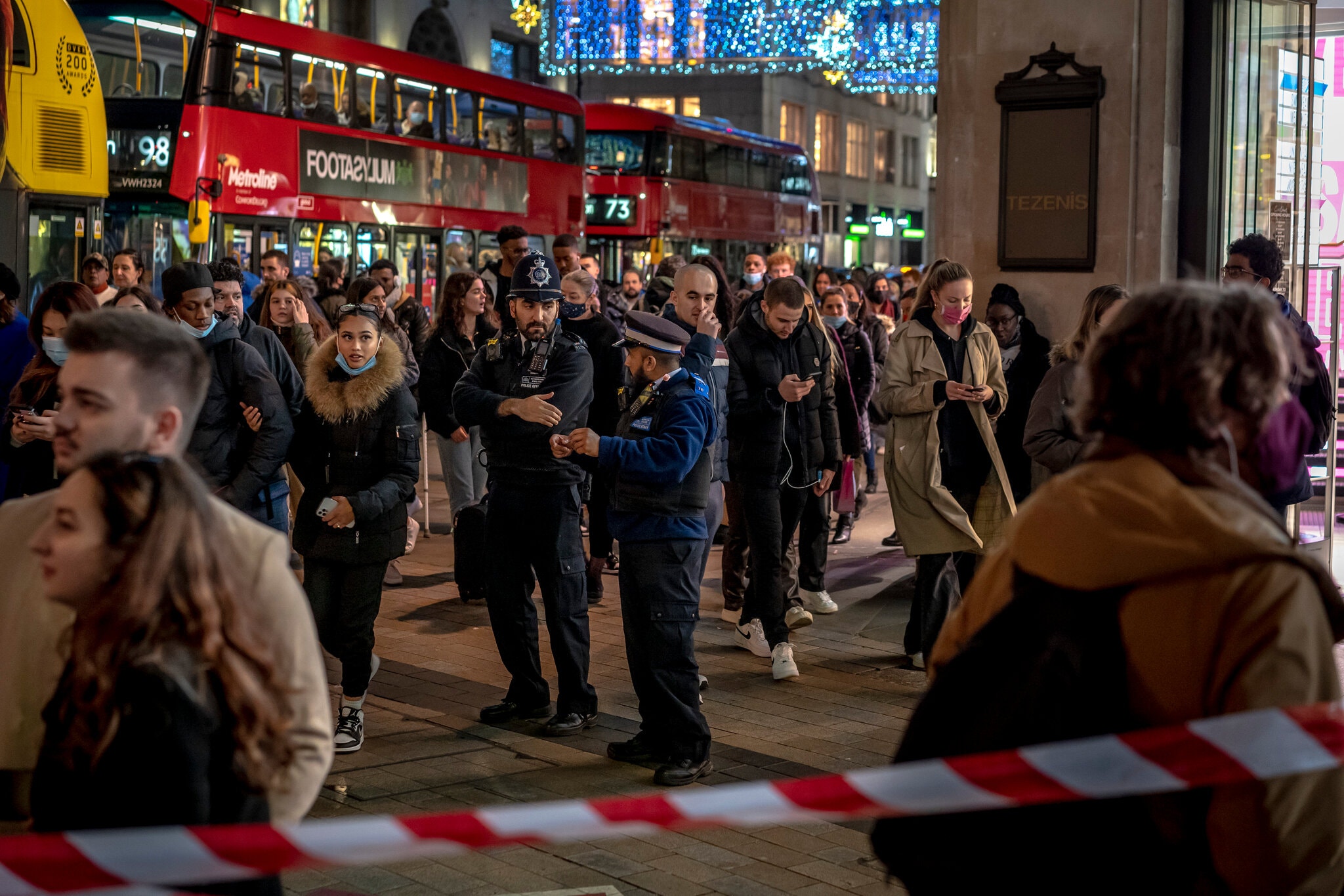 Shopping in Oxford Circus in London last week. The new lockdown will apply to nearly 20 million people, a third of England's population.Credit...Andrew Testa for The New York Times

The government told people to stay at home except for urgent travel, medical appointments and outdoor exercise. Those outside the zone were advised not to travel into it, and those inside will not be permitted to travel outside overnight. Foreign travel is strongly discouraged. Nonessential shops will close, as will gyms, movie theaters, hairdressers and nail salons.

Though Mr. Johnson said only a few days ago that it would be 'inhuman' to cancel Christmas, that will be the practical effect for much of the country. A plan to allow up to three households to meet together over the holiday will be scrapped in London and the southeast, with no mixing permitted at all.

Elsewhere, three households will be allowed to gather, but only on Christmas Day, and not for the extended five-day period once promised.

Mr. Johnson's announcement was an admission that England's existing system of restrictions, under which the country was divided into three 'tiers' with different rules, had not been sufficient to control the spread of the virus. The newly announced lockdown will constitute a new, and tougher, fourth tier.

Mr. Johnson has the legal authority to tighten rules on his own, and there is no plan to recall Parliament. But the announcement provoked an immediate backlash from opposition leaders, and even members of his own Conservative Party.

'Millions of families across the country are going to be heartbroken by this news, having their Christmas plans ripped up,' Keir Starmer, the leader of the Labour Party, told the BBC. 'I'm really frustrated because I raised this with the prime minister on Wednesday and he dismissed that and went on to tell people to have a merry little Christmas' only three days later to rip up their plans.'

Mark Harper, who chairs a group of Conservative lawmakers who have been critical of lockdown measures, said, 'These changes must also be put to a vote in the Commons at the earliest opportunity, even if that means a recall of the House.' 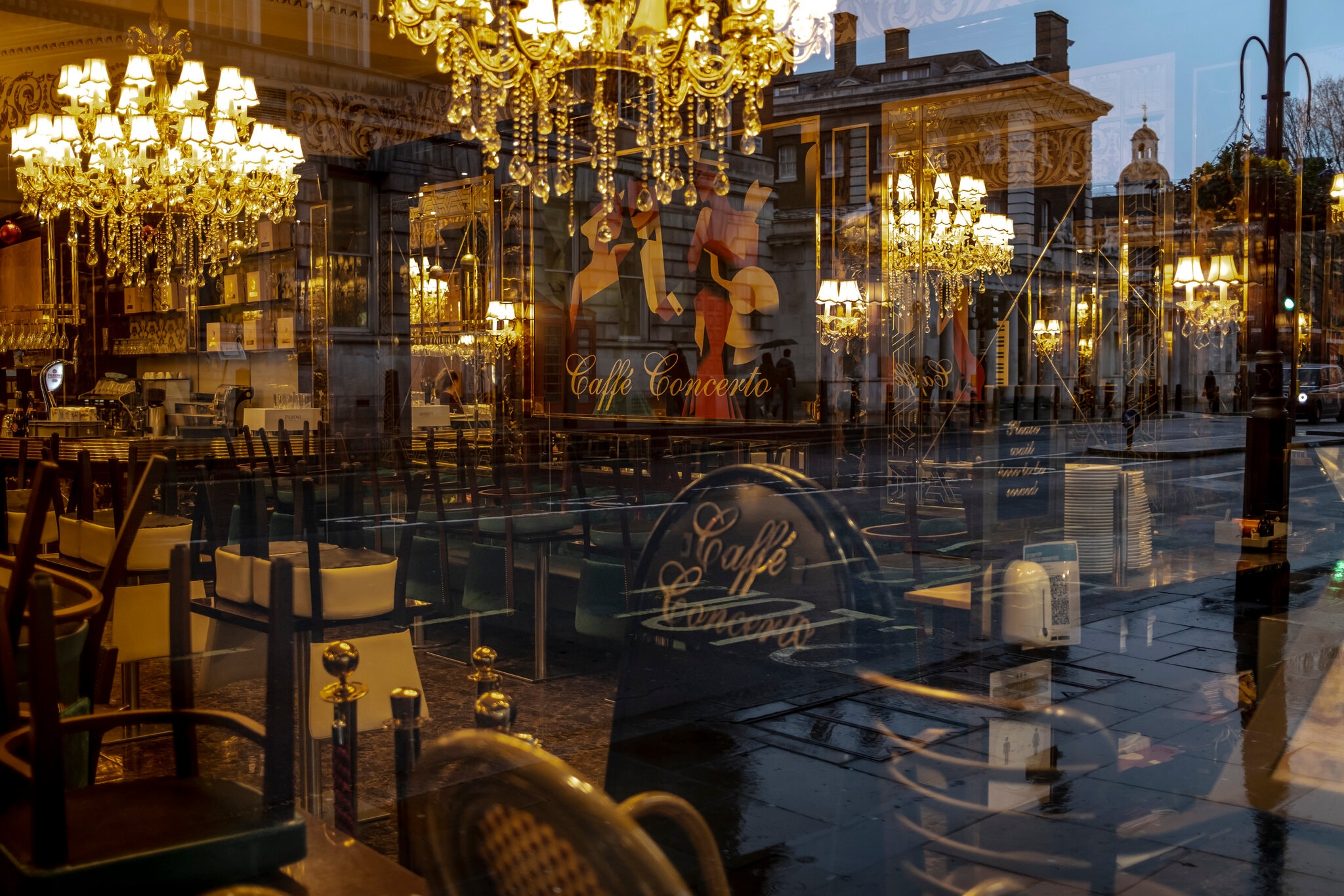 A closed cafe in central London last week, after the city entered Tier 3 restrictions.Credit...Andrew Testa for The New York Times

The coronavirus has mutated many times since it first emerged in China in 2019, according to epidemiologists. On Friday, South Africa reported it had identified a variant that it said was driving a new wave of infections there. Scientists said it was different from the one identified in Britain.

Most of these variants are not significant or widespread. But as the number of people who have been infected  and, presumably, have developed some immunity  increases, the pressure on the pathogen to mutate also increases. Some of the new variants can be more transmissible or lead to more severe illness than earlier versions of the virus.

For months, Mr. Johnson has struggled to balance his response to the virus with pressure not to further damage the economy. At times, he has lagged behind other European leaders in imposing restrictions. At other moments, he has appeared to resist the advice of his own government's scientific advisers.

Britain reported 27,052 new cases and 534 deaths on Saturday. The country's death toll from the pandemic is the second-highest in Europe after Italy, according to a New York Times database. Mr. Johnson pointed to the rollout of a vaccine, which Britain approved and began administering ahead of other Western countries, as a ray of hope. He said 350,000 people in the country had received a first dose of the Pfizer-BioNTech vaccine, which is a two-shot regimen.

But as the economy has languished, lockdowns have become politically fraught. When the government placed Manchester, Liverpool and other northern cities, where the infection rates were higher, in a more restrictive tier, local officials complained that they were being unfairly targeted. Life in London, they noted, remained mostly unchanged.

Last week, amid signs that London had become a new hot spot, Mr. Johnson placed the capital and most of the southeast in Tier 3, the highest level of restrictions. But he clung to his promise of a Christmas reprieve from Dec. 23 to Dec. 27, even as he implored people to keep family gatherings brief and small.

With the draconian restrictions announced on Saturday, Christmas gatherings in England will become smaller still.

Stephen Castle is London correspondent, writing widely about Britain, including the country's politics and relationship with Europe. @_StephenCastle