Third concerning coronavirus variant should be a 'wake up call' to the world, experts warn 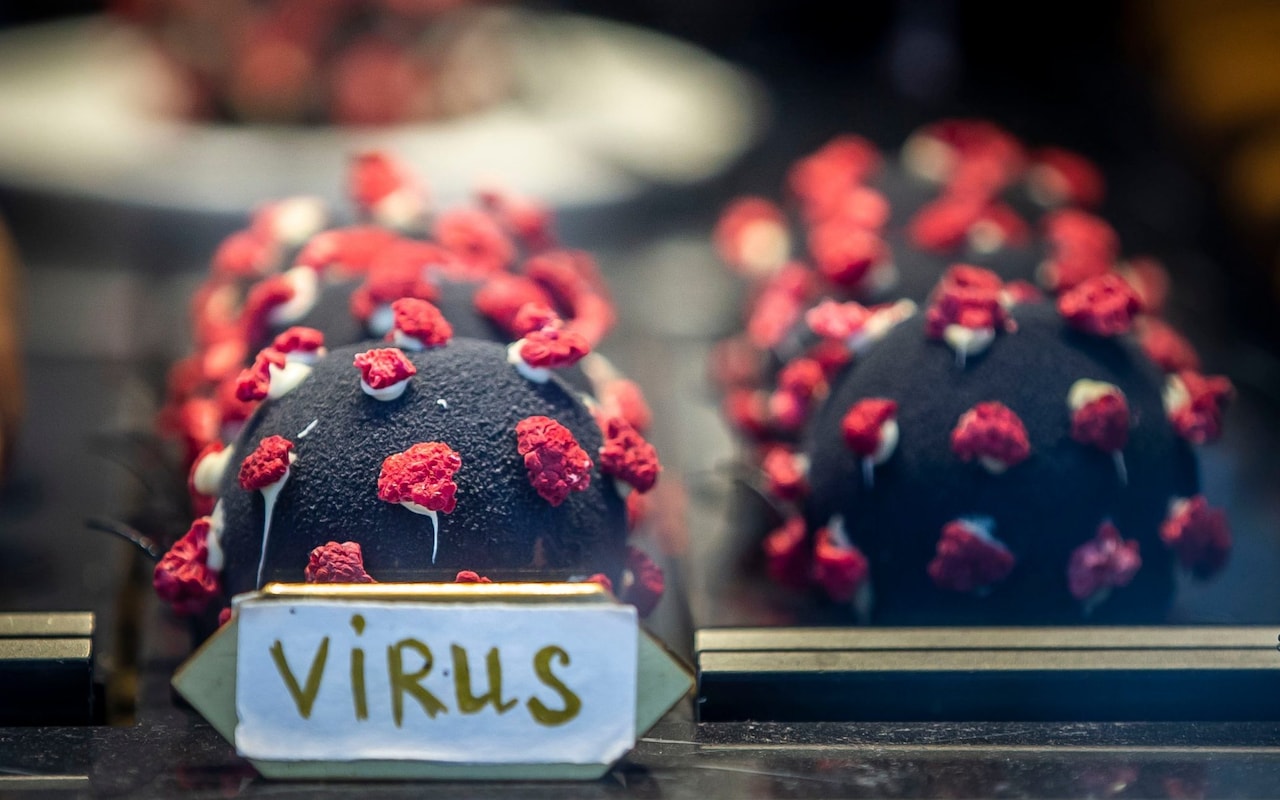 A dessert in the shape of a coronavirus, spike proteins and all, placed in a window of a coffee shop in Prague CREDIT: Gabriel Kuchta/Getty Images

A new coronavirus variant detected in four travellers from Brazil is 'as concerning' as strains previously found in the UK and South Africa, a leading expert has warned.

The variant was picked up during routine surveillance by Japan's National Institute of Infectious Diseases (NIID), which analyses the genomes from all international travellers who test positive for Covid-19 on arrival.

Professor Tulio de Oliveira - who is leading South Africa's effort to understand the new strain detected in December - told the Telegraph that the mutation 'emerged independently' from those detected in South Africa (called 501.V2) and the UK (B.1.1.7).

But Prof de Oliveira, a virologist and bioinformatician at the University of KwaZulu-Natal in South Africa, said initial analysis suggests all three variants share concerning characteristics

'We know that B.1.1.248 has one mutation that is shared with the variant in the UK and South Africa, and that's the mutation at position N501Y,' he said. 'This is one of the mutations that is associated with fast transmission.'

There is no evidence that any of the new variants provoke more serious disease, Prof de Oliveira added, though Japan's NIID said it is still investigating it's genetic make-up.

But because a more contagious virus could infect more people - modelling estimates it is up to 70 per cent more transmissible - it can also trigger additional severe cases and fatalities overall. 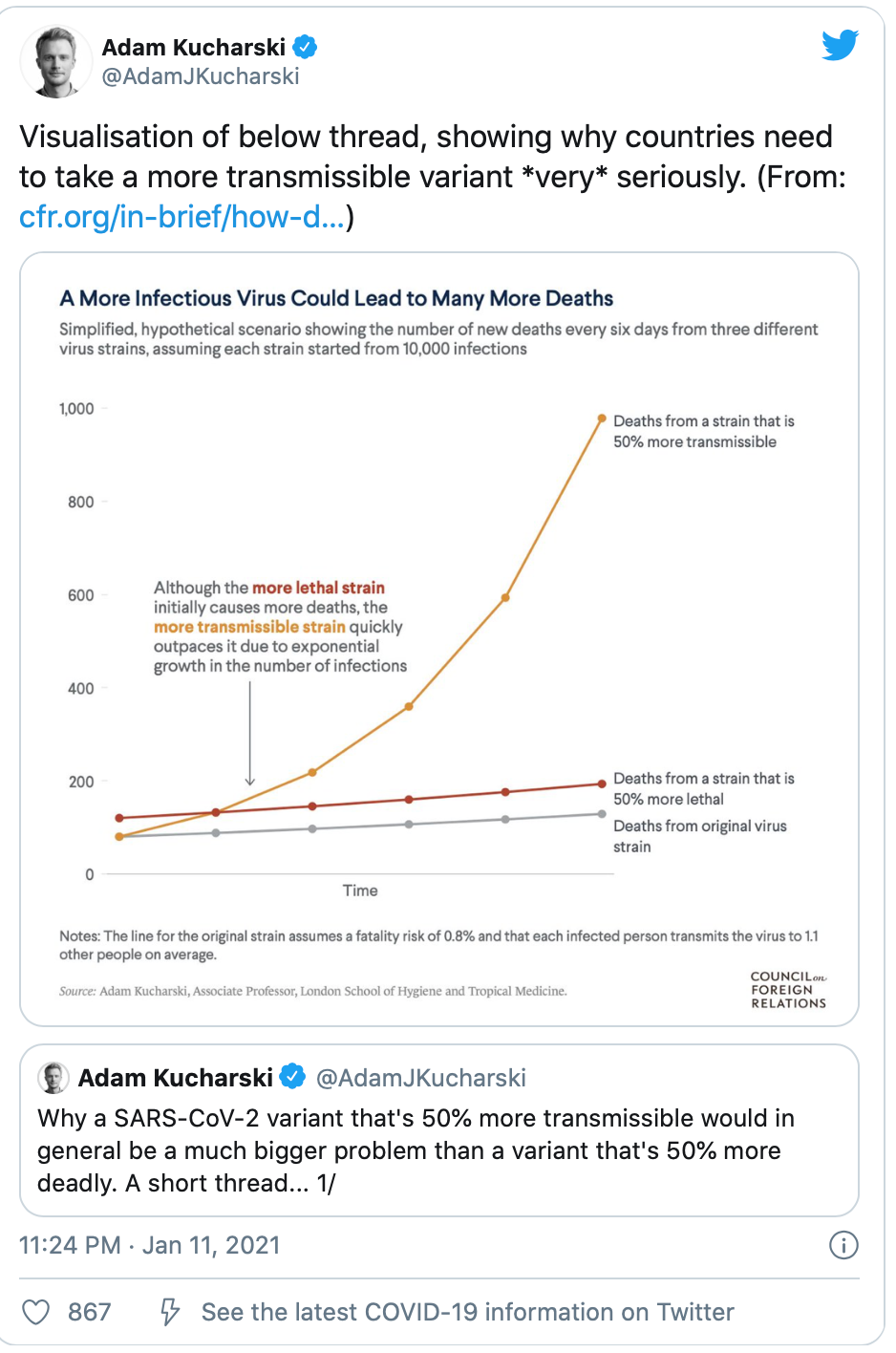 The strains identified in Brazil and South Africa also share a mutation, called E484K, that 'has been associated with decreased neutralisation with antibodies', Prof de Oliveria said, meaning the variant 'may escape the antibody response'.

More research is needed to confirm initial findings. And Prof de Oliveria insisted that 'at the moment, we believe that it would take much more evolution to the virus than what we have seen in these variants to evade the vaccine response'.

Of more concern right now is that the three variants evolved separately in different parts of the world, but have similar concerning mutations, Prof de Oliveira suggested.

'This variant is a wake up call that we should try to really decrease transmission of Sars-Cov-2,' he said. 'It is clear that if you leave it circulating, the virus has the ability to outsmart us and become better at transmission and evasion of the antibody response.'

This message has been echoed by experts across the globe in recent weeks, amid concerns of a vicious cycle. As countries lose control of coronavirus, the virus has more opportunities to mutate. But mutations increasing transmissibility also make Covid-19 harder to control.

Speaking at a press conference on Monday Dr Mike Ryan, director of the World Health Organization's emergency team, said new variants are like 'a substitution in the second half of a football game'.

Dr Maria Van Kerkhove, who heads the WHO's Covid-19 response team, added that the organization has been notified about B.1.1.248. She warned countries to be alert as the new variants appear harder to control.

But she said: 'There were increases in transmission in a number of countries before these variants... were circulating, and that was due to increased mixing of people. There's no way around that.'

Prof de Oliveria added that, for this reason, he 'wouldn't be surprised' if the third variant is already widespread in Manaus - the state capital of Amazonas - which declared a state of emergency last week amid a second wave of Covid-19.

'The main take-home message is that if you leave this virus circulating at relatively high levels it will mutate,' he said.

'We have seen this in the UK, South Africa, Brazil and many other countries - we expect many more variants to be detected in the US as they increase surveillance over the next few weeks.

'Probably the only reason that we found variants earlier in South Africa and the UK is because they [increased capacity] early. I do expect in the next few weeks that many new variants will be found in many different places in the world as they increase genomic surveillance,' Prof de Oliveria said.