JOHANNESBURG (Reuters) - A variant of the coronavirus first detected in South Africa is unlikely to completely negate the immunising effects of vaccines, a researcher studying it told Reuters. 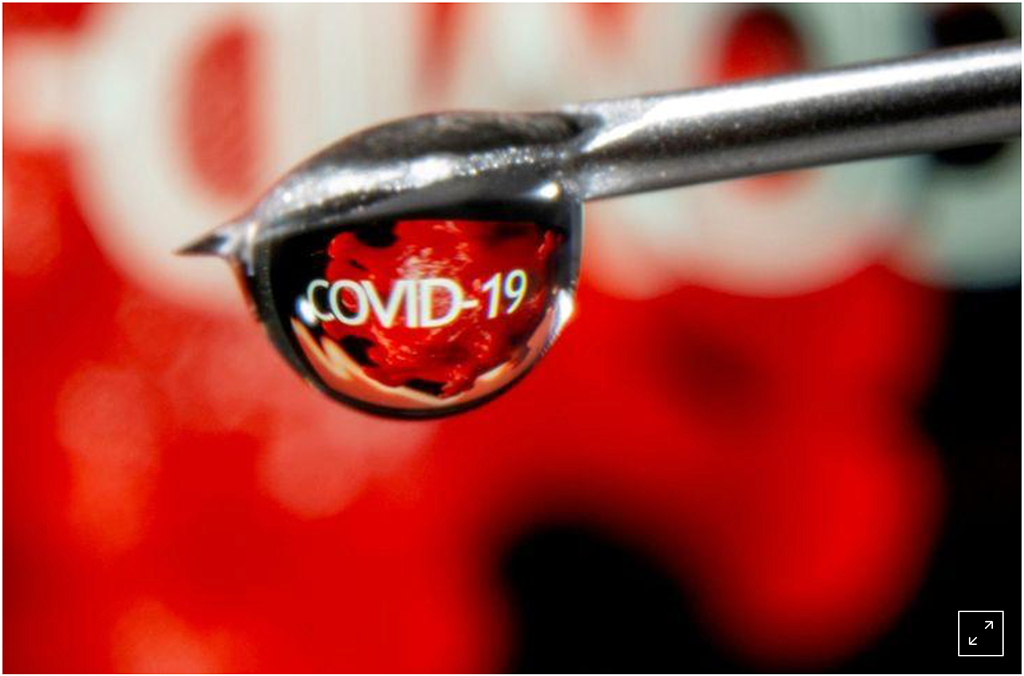 The word "COVID-19" is reflected in a drop on a syringe needle in this illustration taken November 9, 2020. REUTERS/Dado Ruvic/Illustration/File Photo

British scientists expressed concern on Monday that COVID-19 vaccines may not be able to protect against the variant identified by South African genomics scientists and which has spread internationally.

Richard Lessells, an infectious disease expert at the KwaZulu-Natal Research Innovation and Sequencing Platform, which played a central role in identifying the variant known as 501Y.V2, said his understanding was that the comments were not based on any new data but on shared information.

'They are voicing the same concerns that we articulated when we first released this information, that the pattern of mutations did give us concern,' Lessells said on Tuesday.

South African researchers are studying the effects of mutations in the variant, including whether natural immunity from exposure to older variants provides protection against reinfection by the new variant.

Preliminary results from those studies may be ready by the end of this week, Lessells said.

Scientists have identified more than 20 mutations in the 501Y.V2 variant, including several in the spike protein the virus uses to infect human cells.

One of these is at a site that is believed to be important for neutralising antibodies and is not found in another coronavirus variant discovered in Britain, Lessells said.

'Why we've been a bit cautious about flagging out the concern about the (effectiveness of) vaccines is that for many of the vaccines they are thought to induce quite a broad immune response,' he said.

That broad response could target different parts of the spike protein, not just one, he added.

'That's why we think that although these mutations may have some effect, they are very unlikely to completely negate the effect of the vaccines,' Lessells said.

South Africa's health ministry acknowledged questions from Reuters but did not give an immediate response. The country has recorded more than 1.1 million COVID-19 cases and in excess of 30,000 deaths, the most on the African continent.

Public Health England has said there is no evidence to suggest COVID-19 vaccines would not protect against mutated coronavirus variants.

BioNTech chief executive Ugur Sahin said in an interview last week that his company's vaccine, which uses messenger RNA to instruct the human immune system to fight the virus, should be able to protect against the British variant.