What is better than music to simplify and spread the facts on a pandemic clouded by so much misinformation? Watch a video series between musicians and scientists aimed at decrease vaccine hesitancy. 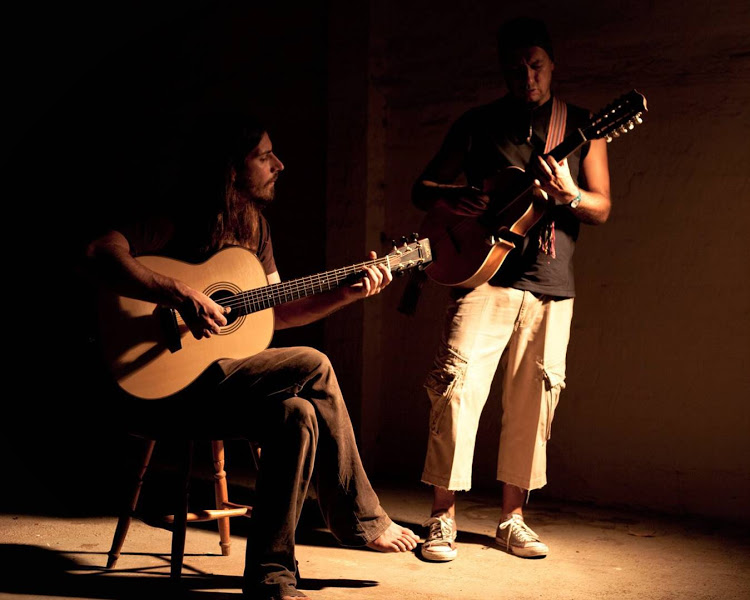 His audience is enthralled Ā– but it is an audience of just one person, virus expert Prof Tulio de Oliveira.

The two are sitting outside, the mandatory two metres apart, and chatting as part of an initiative launched by the KwaZulu-Natal Research Innovation and Sequencing Platform (Krisp) to simplify and take the messaging around Covid-19 to audiences who might not hear it or might be put off by the intricate science of the pandemic.

Anti-vaxxers are people who, as scientists who work with public engagement, we try not to engage with a lot because they will use any kind of rational or irrational, or unscientific or unproven Ā‘factĀ’.

Under the name 'Jiving With Science', the idea is to have conversations to dispel some of the myths and fears around Covid-19 and answer questions people might have, particularly now that the vaccine rollout has begun in SA. So far, two videos have been posted on YouTube Ā– one with Van der Spuy and the other with musician Guy Buttery.

'As musicians we donĀ’t have the answers,' Van der Spuy said.

'All we have is the ability to use music as a really powerful healing tool. WeĀ’re meant to be celebrating life, even in crazy times.'

Van der Spuy, a professional musician for more than two decades, admitted he didnĀ’t know about the science, and often avoided the news around Covid-19 because of some of the fearmongering it came with Ā– but he said conversations around it with people one trusts are important. 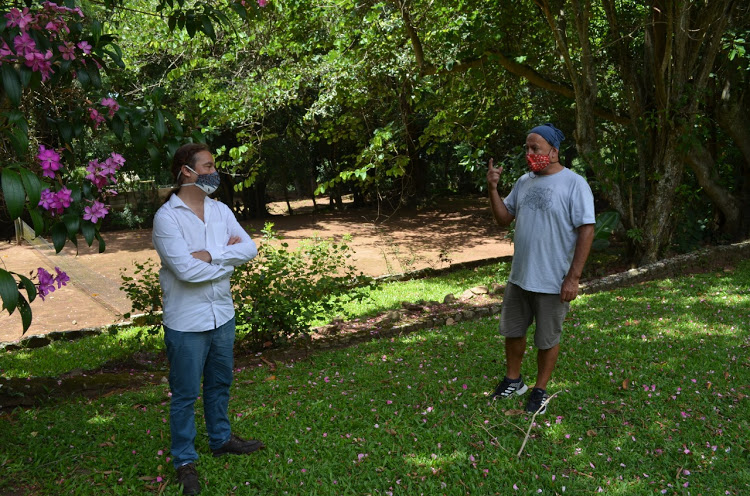 Prof Tulio de Oliveira and musician Nibs van der Spuy chat about Covid-19 as part of an initiative to bust pandemic myths and share information as widely as possible.

And he certainly trusts De Oliveira. The two are friends, with Van der Spuy being the godfather to one of the professorĀ’s sons.

He admitted to being unsure about taking the Covid-19 vaccine, but his conversation with De Oliveira had changed that.

'As Tulio said, just take care and be responsible, and weĀ’re going to get through this together. And the world is going to be a better place once we come through it,' he said.

This is not the first time Jiving With Science has been used for health messaging, having first been taken to taxi ranks and communities in northern KlZN to speak about HIV/Aids using other genres. At the time, musicians recorded CDs that were distributed.

Explaining why music was a good tool, he said: 'One, it is a lot of fun. Second, it is pleasurable, and, third, you get to populations that normally wouldnĀ’t get access to science.'

De Oliveira said it was important to use different ways to speak to people, particularly in a time of vaccine hesitancy and anti-vaxxing.

The difference between the two, he said, was that one group of people was unsure of Ā– but not totally against Ā– vaccines, while the other outright rejected them.

'ThatĀ’s one of the reasons that our job as scientists is public engagement, to try to focus, to highlight, what the benefits and risks of taking the vaccine are,' he said.

But it was often best not to engage with anti-vaxxers.

'TheyĀ’re people who, as scientists who work with public engagement, we try not to engage with a lot because they will use any kind of rational or irrational, or unscientific or unproven Ā‘factĀ’. We found it is very unlikely to have any influence on them. But really, we must try to focus more on decreasing hesitancy,' he said.

So far, that approach has worked.

'For example, at least on Covid-19 and Sars-CoV-2, one thing that we saw ... is those who are hesitant a lot of times will change their minds when they see other people close to them who have taken the vaccine and everything was fine with them. We even saw in SA as Sisonke [programme] was finishing, more and more healthcare workers wanted to be vaccinated,' he said.

The same would likely be the case as more over-60s, and then later the rest of the population, received their shots.

With everyone singing the same tune on vaccines, the country Ā– even those anti-vaxxers Ā– would be protected and normality could return, something scientists and musicians equally desire.