German Chancellor Olaf Scholz has praised the work of virologist Sikhulile Moyo and bioinformatics scientist Tulio de Oliveira. The COVID-19 researchers are the 2022 recipients of the German Africa Prize.

Chancellor Olaf Scholz said Sikhulile Moyo and Tulio de Oliveira were "highly deserving recipients of the German Africa Prize, for which DW acts as media partner. It was on account of their work that the entire world responded to the infamous variant of SARS-CoV-2 so quickly, he stressed.

During the German Africa Prize ceremony in Berlin on November 25, Scholz acknowleged the fact that Moyo and de Oliveira had "contributed significantly to gaining a better understanding of the dynamics of the pandemic."

"Human lives were saved this way," Scholz said, adding that the scientist duo were "representatives of the highly educated research community working" across borders in Africa. 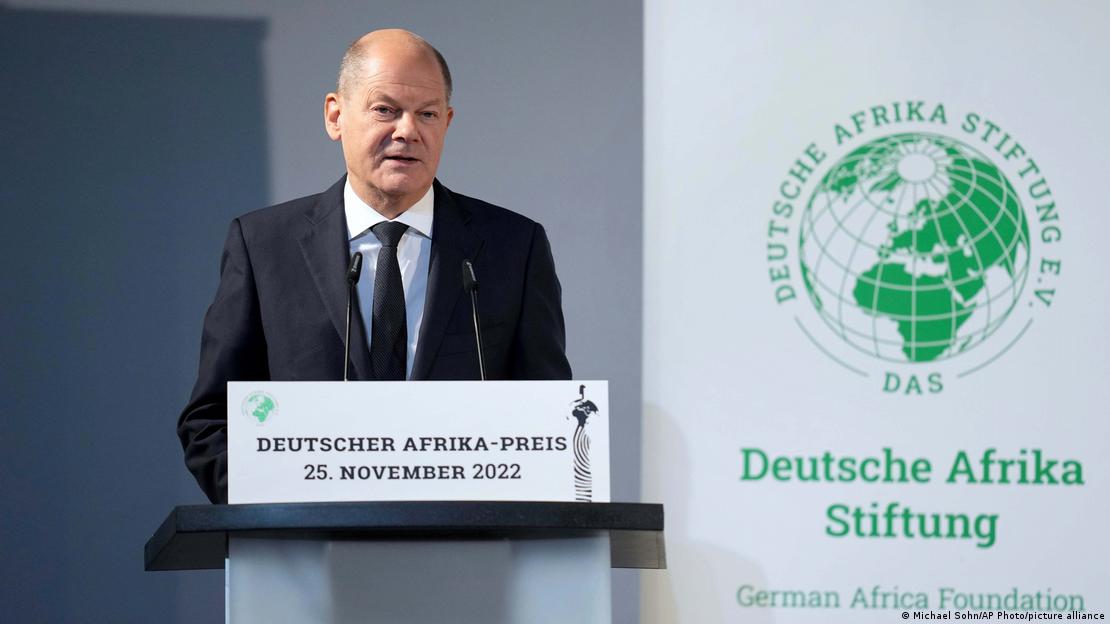 Chancellor Scholz said that Europeans have to change their views on AfricaImage: Michael Sohn/AP Photo/picture alliance

But the Chancellor also admitted that when the Omicron variant emerged, the global response to this scientific discovery coming from Africa was overshadowed by prejudice and bias about the continent as a whole.

"[Our] view [on Africa] is often shaped exclusively by old and outdated patterns of thinking, based on the mental compartmentation of the world into a rich and a supposedly ever more progressive Northern Hemisphere and an allegedly poverty-stricken, destitute and underachieving South," he said.

Scholz stressed, however, that Moyo and de Oliveira had made it "obvious that Africa is not an underachiever."

"For many years now, there's actually been outstanding research across Africa," Scholz said, adding that this was also a major gain for Europe. "No two other continents are as entwined with each other in such a close and historically fateful way as Europe and Africa."

Scholz acknowledged that colonialism had left deep scars in the minds of Europeans as well. This, he said, was evident "to some extent in the lack of awareness, and to another extent, in the disgracefully conscious ignorance" about Africa.

"In my view, the right way to deal with this legacy can only lie in approaching our closest neighboring continent in a much more nuanced way than before and with much more curiosity, respect and genuine interest."

Scholz also praised the work of the German Africa Foundation (DAS), which aims to encourage a more complex understanding and modern image of Africa in Germany and beyond by breaking "distorted" stereotypes and fostering exchange.

DAS has been awarding the German Africa Prize since 1993, honoring "outstanding personalities" from Africa whose work has left a lasting legacy on "democracy, peace, human rights, sustainable development, research, art and culture or social issues in Africa."

"With the German Africa Award, we are not only honoring two outstanding scientists. Rather, this award  also gives an incentive for all of us to question our views on Africa," Scholz said before handing the two trophies at the ceremony. 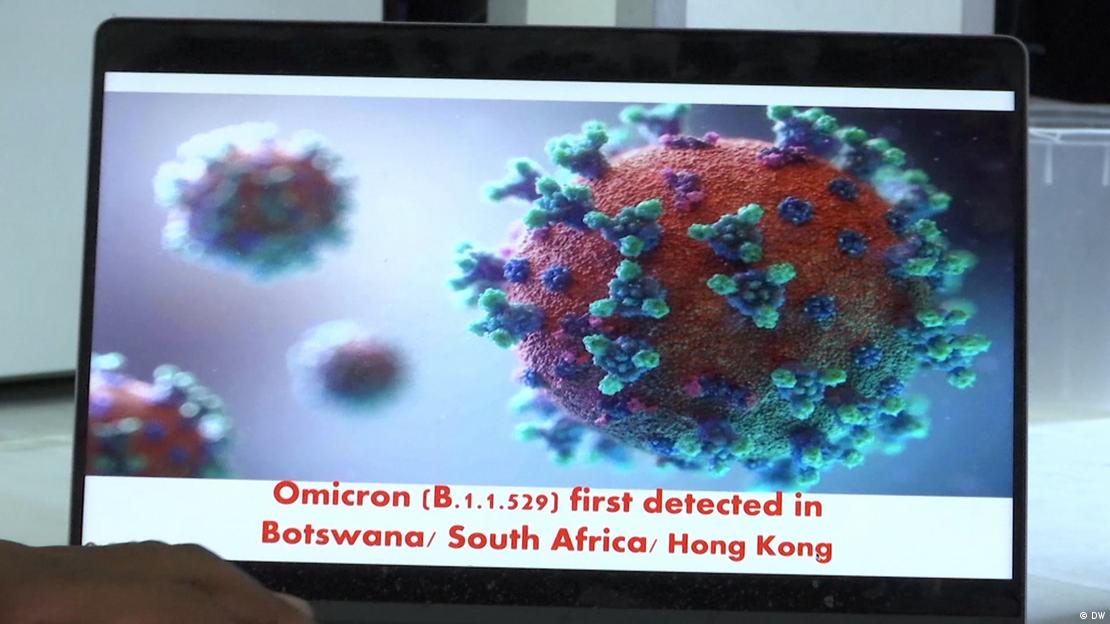 The Omicron variant was initially misconstrued as an "African" mutation Image: DW

Exactly one year ago, the Omicron variant of the novel coronavirus was first identified in southern Africa. The two researchers in Botswana and South Africa sounded the alarm about the variant, which showed 50 initial mutations on the spike protein of the virus.

The discovery was seen as a major set-back in the fight against the global COVID-19 pandemic, as vaccines and new treatment options were being rolled out at the time. After 18 months of pandemic conditions, governments around the globe overnight had to tighten their COVID restrictions once more. 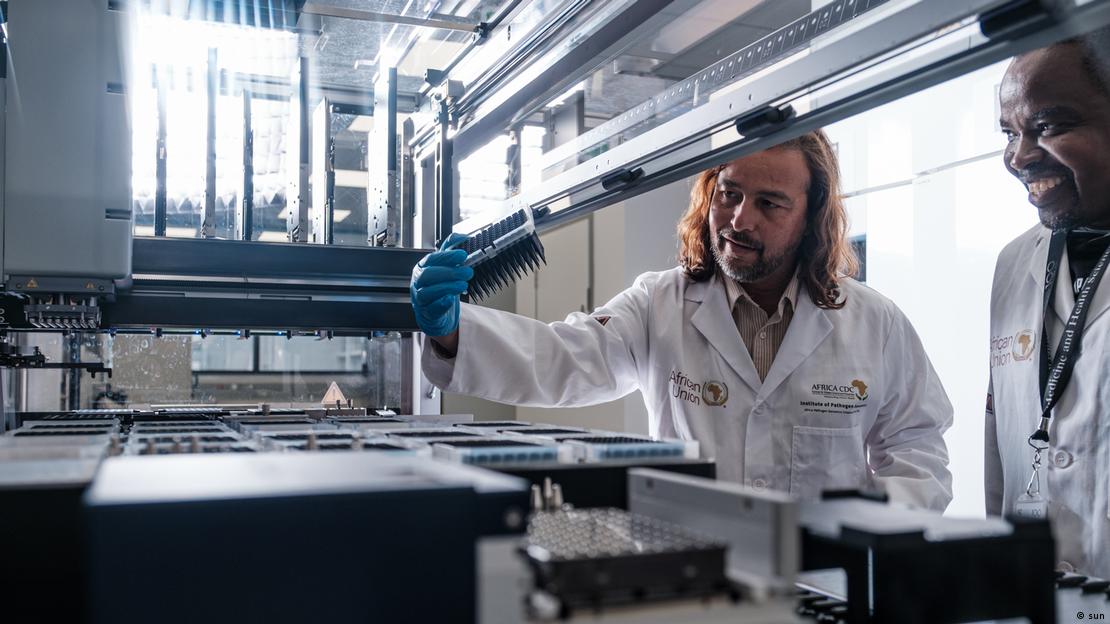 Tulio de Oliveira believes that Africa is a great location to provide excellence in science and researchImage: sun

Since the mutation was found in southern Africa, many countries imposed fresh travel bans to the region. Moyo and de Oliveira started to receive nuisance calls full of verbal abuse because of these changes, with people accusing them of "using science" to control people, de Oliveira said.

Instead of receiving what Scholz referred to as "due gratitude and respect for their "groundbreaking work and scientific achievement," they were accused of being responsible for the "cancellation" of Christmas, de Oliveira recalled. 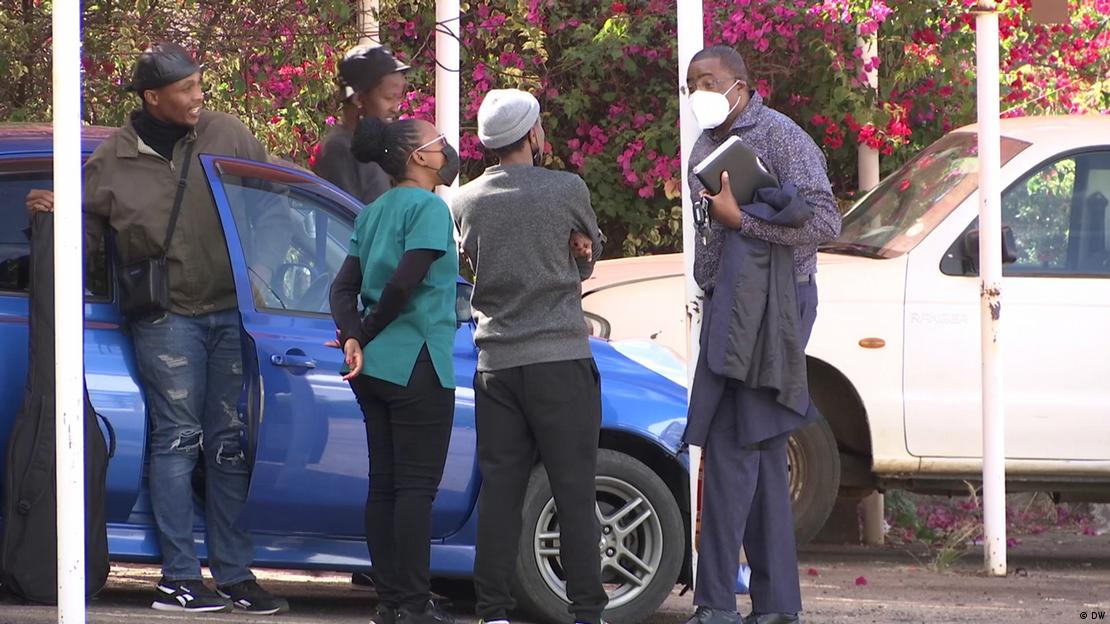 Sikhulile Moyo (on the right) had to face a great deal of public scrutiny after his scientific discoveryImage: DW

Moyo said he received "calls from people complaining that I had spoiled their vacation." He added that there even were death threats issued against "you scientists."

Scholz meanwhile told guests at the ceremony that this "was perhaps the biggest paradox in this pandemic: On the one hand, never had there been so much public interest in such research findings  while on the other hand, neither had there ever been so much skepticism towards and even vehement rejection of scientific discoveries."

Learning from each other

Moyo later picked up on that theme and told DW that in order to succeed in combatting COVID-19 and other diseases, "we have to work with anti-vaxxers so that I can understand where they are coming from. It would improve my own scientific communication skills. Pandemic preparedness is all about communication."

He added that "a lot of people changed their minds about the vaccines, they got vaccinated. And that's due to continuous engagement. We have to work with the public, learn from each other, and not create another pandemic of fear."

Moyo also stressed that some of the biggest opportunities to develop further scientific advancements in combatting diseases were presently to be found in Africa: "The West has to work with Africa. They can learn a lot from us, especially in infectious diseases. But the global north has to start investing with us now where these pandemics are happening. That way, they will be protecting themselves and the world," he told DW.

De Oliveira added that the pandemic has shown that Africa can be a scientific leader. "Many were surprised by this, but we were not ... But honestly, we are not chasing prizes. What really gives us satisfaction ... is to do high level science and translate that to policies that save lives."