The huge amount of knowledge gathered in six short weeks on the coronavirus outbreak (Covid19 or SarsCoV2) was a first for the global scientific community. That was the opinion of University of KwaZulu-Natal Professor Tulio De Oliveira from the KZN Research Innovation and Sequencing Platform (KRISP) at a public talk attended by 120 people at the Nelson Mandela Medical School, 15 feb 2020. 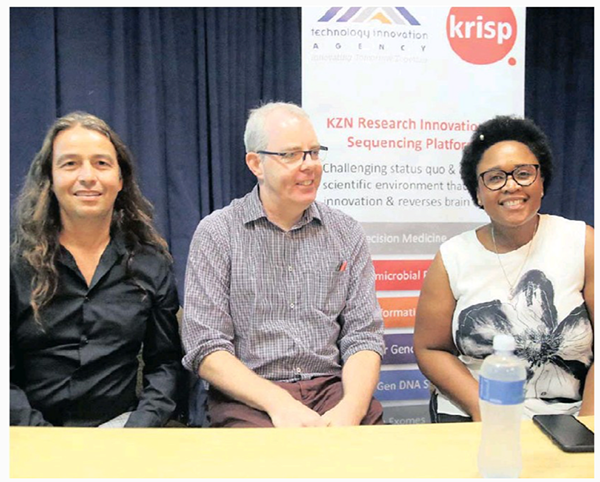 THE huge amount of knowledge gathered in six short weeks on the coronavirus outbreak (Covid19 or SarsCoV2) was a first for the global scientific community.

That was the opinion yesterday of University of KwaZuluNatal Professor Tulio De Oliveira from the KZN Research Innovation and Sequencing Platform (Krisp) based at the Nelson Mandela Medical School.

Speaking at a seminar yesterday on the coronavirus outbreak, which first came to global attention last month, De Oliveira said the speed at which the world's scientists gathered and shared information to contain and hopefully produce a treatment for the new virus, 'has never been seen in science before', adding that social media platforms had become a rapid form of communication for scientists.

Latest figures record a death toll of 1 381 in China and a total of 63 922 cases, which changes daily, while at least 24 countries have confirmed cases.

Because of the nature of research, the scientific community has historically known to be painstakingly slow when it comes to bringing treatments to market, with publication of breakthroughs often taking months before being published in scientific journals.

But De Oliveira said the sharing of information on the virus started on January 1, with tweets between Andrew Rambaut, a molecular evolution scientist at the University of Edinburgh, and Jeremy Farrar, director of the Wellcome Trust, on a viral pneumonia linked to a fish market in China. It was the first warning to researchers worldwide that they needed to act to address the virus.

'We learned so much about the virus in such a short time due to: China sharing its information, the power of Twitter and open data, open software, open analysis, preprints (of papers for publication) and fast reviews,' he said.

That included researchers at UKZN, with De Oliveira and a team of programmers, as well as collaborators including phylogeneticists and microbiologists from Belgium and Brazil, working 14 hour days for 12 days to produce Genome Detective, web based software to be used to rapidly identify and classify coronaviruses genomes. It was released on February 2 and has had thousands of downloads since. Only a week later did they submit the research paper for publication.

De Oliveira said Genome Detective was informed by work they had previously done in combating Zika and Yellow Fever and using genetic analysis from China.

'The way the Chinese responded was absolutely phenomenal when it came to sharing their information and even to closing down cities, which will impact their economy,' he said.

De Oliveira said a journalist from the prestigious scientific journal, Nature, had contacted him this week about an article due out next week which focused on how quickly scientists around the world had reacted to the outbreak.

Also at the seminar was infectious specialist from Krisp Dr Richard Lessells, who said research from 4 021 confirmed cases reported to the Chinese Centre for Disease Control showed 55% were males with an average age of 49. Only 14 of the 4 021 confirmed cases were children. Lessells said the bulk of the cases (70%) contracted mild pneumonia and the incubation period had now been estimated at five days.

Dr Nokukhanya Mdlalose from the National Laboratory of Health Services, who was also at the seminar, said the National Institute of Communicable Diseases had received an estimated 80 samples, but none had tested positive for the virus.

She said a comprehensive strategy was in place to deal with any reported cases. 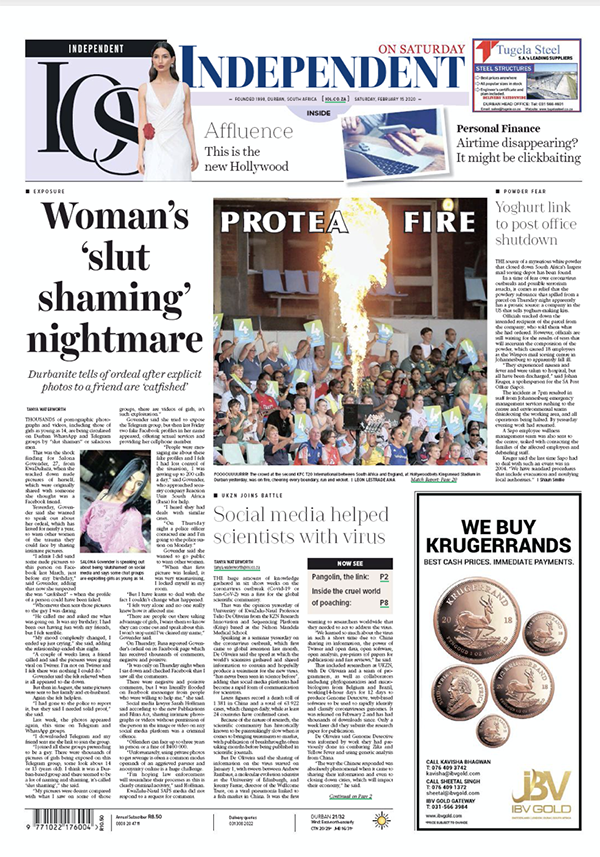 This piece was published in the front page of the Independent on Saturday Newspaper. It was also covered on page 2 and 9.