Covid-19: Infections could rise by 10% per day after lockdown lifts - top scientists

The Covid-19 infection rate could jump from 5% to 10% per day as South Africa emerges from a five-week hard lockdown from Friday. Scientists are expecting a "rapid rise" in infections ahead of the disease hitting its peak in summer.

Not all experts agree on just what the increase will be, but two of the country's foremost experts on Covid-19 believe the easing of the lockdown will see the infection rate increase until about September.

Professor Tulio de Oliveira, director of the KwaZulu-Natal Research and Innovation Sequencing Platform at the University of KwaZulu-Natal, an organisation that has assisted the government with data analysis for its Covid-19 response, says the infection rates will increase to about 10% per day after the lockdown is downgraded.

Professor Salim Abdool Karim, who chairs the ministerial advisory committee on Covid-19, which advises the Minister of Health on how the government should respond to the pandemic, said the infection rate would increase, although he said he did not know what the percentage increase would be.

'I anticipate that, once we lift the lockdown, we will expect the number of cases to rise,' he said.

After five weeks of Level 5 lockdown, roughly 1.5 million workers are due to start returning to work as of May 1 under Level 4, as the government attempts to open up some parts of the economy.

On Wednesday, the government gazette a raft of new regulations that will govern the nation's lives as of Friday. This includes a nationwide curfew from 8pm to 5am for everyone, besides essential workers, and strict hygiene and physical distancing rules for businesses returning to work.

A National Treasury presentation on Thursday predicted job losses of between 2.5 and 7 million.

No time for complacency

Although the lockdown will, as of Friday, no longer be at Level 5, the highest risk assessment level, Abdool Karim says this is no time for complacency.

Abdool Karim said: 'Hopefully, we will still practice social distancing and so on, so that the rate at which it increases will be tempered, and I think we will see a slow and steady rise in cases. I think that will sort of lead to a point where it will rise more rapidly,' he said, adding that the 'mathematical models' put the peak of infections at August or September.

Minister in the Presidency Jackson Mthembu also indicated this week that the government expected the infections to peak around September.

Abdool Karim said the lockdown was initiated when the virus was growing exponentially, and all of the steps put in place by the government, including stopping international travel and the lockdown, had led to a lower level of community transmissions.

'So, perceivably, the threat is different now than it was then. But that's not a reason for complacency because that exponential growth is coming. And if we adopt the approach that we have got nothing to worry about, then we underestimate this virus, and we'll go back to square one quite quickly.' 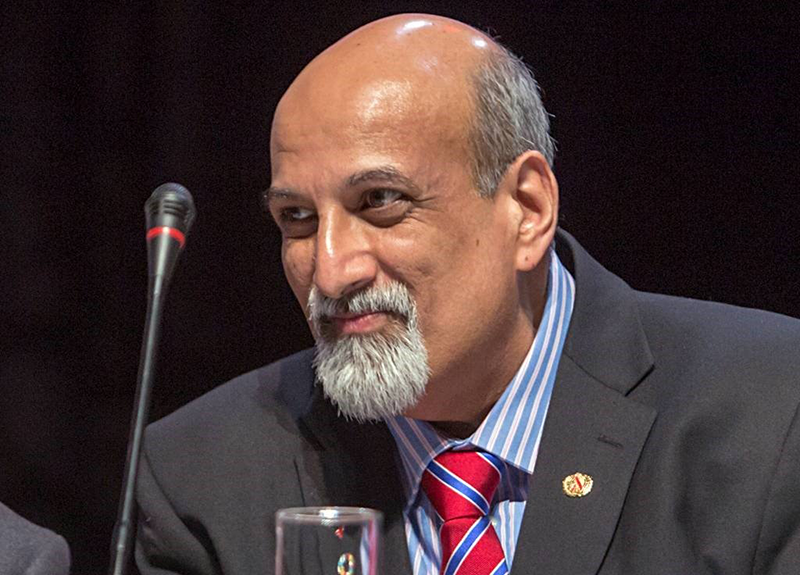 'And we are banking on people persisting with precautions: wearing a mask, washing their hands, keep social distancing,' he said, adding that these precautions were 'absolutely key'.

'So if we stop doing that, we'll undo all of the benefits. You can't look at what we did under the lockdown as, now it's all done, let's go back and have a party. You can't do that. And I have tried to explain that. Life is going to be different.'

Professor Tulio de Oliveira has been tracking SA's trajectory versus the United Kingdom's, as the two countries had strikingly similar trajectories in the early days of the outbreak.

Both had a daily infection rate of about 33% in the beginning, but SA's is now at around 5%, thanks to the measures the government has put in place, he says.

READ | Your 6-month prescription expiring? Your pharmacist may extend it, new regulations state

De Oliveira says a rise in infections, from 5% -10% a day, is likely when the lockdown is eased.

'For example, at the start of the outbreak, South African cases were doubling every third day. So it means that cases would go from 100 to 200 (in three days) to 400 (in three days) to 800 (in three days); in this example, in nine days the cases would increase from 100 to 800. We were basically following the UK trajectory. If we had kept following this trajectory, with little government response in the first two months of the outbreak, we would have around 60 000 infections now (and not the approximate 5 000 that we have now),' he says.

He says our daily rate of infections has reduced from 33% per day to about 5% per day.

'This is analysing real data, provided every day by the NICD (National Institute for Communicable Diseases) and the DoH (Department of Health).' 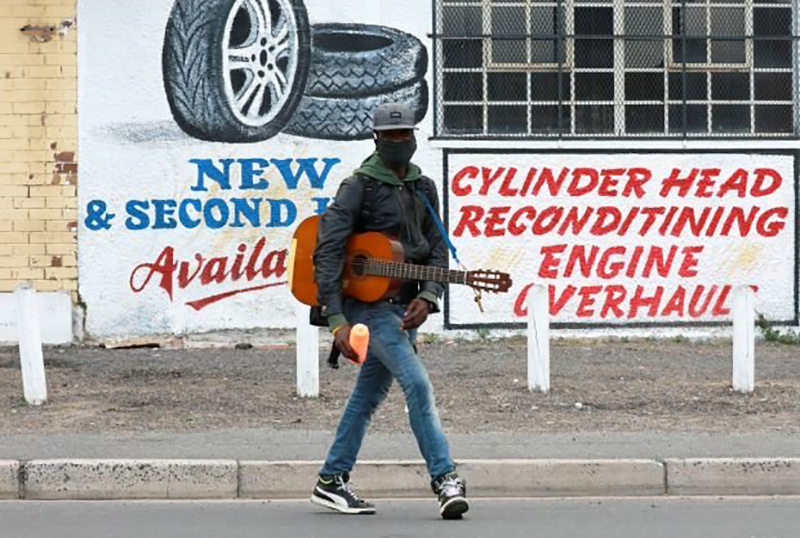 A busker wearing a face mask to prevent the spread of the coronavirus walks in the streets in Cape Town. (Photo by Gallo Images/Nardus Engelbrecht)

The 10% increase is not a worst-case scenario, he says.

The worst-case scenario, De Oliveira says, is that we return to the 33% daily increase, where the epidemic doubles every three days.

Aside from trying to slow down the exponential growth of the infection, the lockdown's purpose was also to buy the country time to prepare for the growth that was coming. An essential part of this was to ramp up testing and screening across the country.

He said this was mostly driven by active case finding, which began on 7 April, where roughly 28 000 community healthcare workers went door-to-door looking for potential cases.

'That is not the patient coming to us, that is us going to the patient,' he explained.

'The number of cases identified by active case finding is now somewhere between 15%-20% of all the cases. So nearly 1 out of 5 cases is a case we went out and found. And that's what we think gives us an edge We're trying to deal with it before it pitches up to our hospitals, by going into the community and finding it. So that's a big part of the strength of our response. And I don't know of any other country that's done that, by the way.'

Apart from screening, the health department made a presentation to Parliament this week, outlining the state of the country's response to Covid-19.

He said the country had not yet had to utilise its approximately 4 000 available ventilators; just 27 patients are currently on ventilators.

The country has embarked on a National Ventilator Project, which aims to produce 10 000 ventilators in the next few months. The department anticipates that the country will need 7 000 ventilators when the infection peaks.

Overall, the country has over 23 000 planned quarantine sites around the country.

Members of the portfolio committee on health raised concerns on Monday when it emerged that the Eastern Cape, a Covid-19 hotspot, had no quarantine beds. But Mkhize said the department had consulted with the Nelson Mandela Bay University, which had committed to 800 beds.

But, as the government attempts to reopen the economy, one of its biggest concerns are workplaces, which until now have been hotspots for clusters of infections.

Minister of Cooperative Governance and Traditional Affairs Nkosazana Dlamini-Zuma said on Wednesday that workplaces needed to prepare for their employees to return, as they would have to close again if there was an outbreak at their facility.

Employers needed to ensure proper physical distancing, hand sanitising, the use of masks, as well as other precautions.

Abdool Karim said the 'goal; was to encourage industries to practice physical distancing, but that outbreaks were inevitable.

'That is a given. The highest risk is going to be healthcare institutions, for obvious reasons. And they are designed to take all the precautions, so they will minimise that risk, but they are still at risk. So it is going to occur in our health institutions, we can't avoid that.'

'It will start occurring in workplaces, where social distancing is sub-optimal, workplaces where people are not sanitising hands and we'll just have to expect that. We can't hassle about that, that's just how the virus spreads.'