South African Covid-19 variant may be 'more effective at spreading 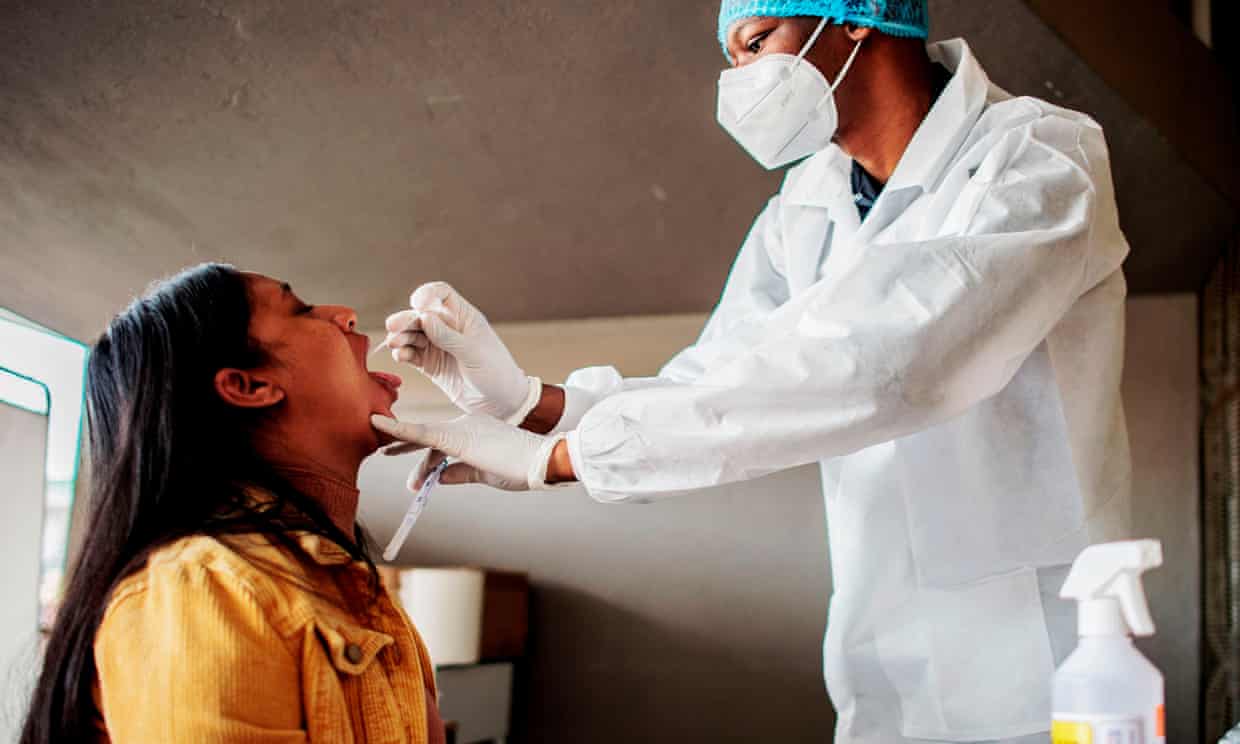 The South African variant of Covid-19, two cases of which have now been detected in the UK, is likely to be more transmissible, may hit young people harder, and may be slightly more resistant to vaccines, scientists in South Africa believe.

However, research is still continuing to confirm the threat posed by the variant, which does not appear to provoke more serious symptoms or require different treatment.

There are also some fears that the more numerous individual mutations of the South African variant may make it able to 're-infect' individuals who have already caught the virus and recovered.

Scientists in South Africa are still working 'calmly and methodically' to fully understand the new variant, known as 501Y.V2. Data on the South African variant, which has swept across a swath of the country, has already been compared by scientists to the UK variant detected last week.

'Putting our data together with that in the UK, this [South African] variant is a bit more effective at spreading from person to person and that is not good. It means we have to get a bit better at stopping it,' said Dr Richard Lessells, one of the specialists leading research into the new variant in South Africa.

What do we know about the two new Covid-19 variants in the UK?

'Ours raises a few more concerns for a vaccine [than the UK variant]  Another worry is reinfection. We are currently doing the careful, methodical work in the laboratory to answer all the questions we have and that takes time.'

The new variant was discovered through routine surveillance by a network of laboratories around South Africa, and found in almost 200 samples collected from more than 50 different health facilities. Originally confined to coastal regions, the variant is now spreading inland.

The new variant has multiple changes in the spike protein, the part of the virus that binds to cells inside the human body and that is also the main target for many of the antibodies produced during infection or after vaccination. Scientists have isolated one particular mutation - N501Y, common to both the new UK variant and that from South Africa - which they believe is important to its ability to spread fast.

'At this stage, there is no clear evidence of the new variant being associated with more severe disease or worse outcomes but clinicians are undertaking more studies to establish if this new variant does change the course of the disease,' scientists have told local media. 'Patients will in all likelihood present with the same spectrum of symptoms as before.'

Epidemiologists point out that death rates could rise if the new variant spreads with a speed that overwhelms healthcare systems, however.

'This lineage spread rapidly, becoming within weeks the dominant lineage in the Eastern Cape and Western Cape provinces. While the full significance of the mutations is yet to be determined, the genomic data, showing the rapid displacement of other lineages, suggests that this lineage may be associated with increased transmissibility,' a research paper published this week said.

South Africa has recorded 940,000 cases of Covid-19, with almost 25,000 deaths, according to official statistics. Excess mortality studies suggest a death toll of more than 56,000.

At least five countries, including Germany, have imposed bans on travel from South Africa following the detection of the new variant.

After a first wave in South Africa peaked in July and August, the daily total for new cases fell dramatically. However, the number of new infections began to rise steeply at the beginning of December, reaching 11,000 earlier this week.

Many cases are among young people, aged 15 to 25, but it is unclear if this is a consequence of the new variant or behaviour. A series of mass parties celebrating the end of the South African school year have been blamed for accelerating the spread of infections. A second wave had been predicted in South Africa but not for another two to six months.

'It is still very early but at this stage, the preliminary data suggests the virus that is now dominating in the second wave is spreading faster than the first wave,' Prof Salim Abdool Karim, the chairman of the government's ministerial advisory committee, said.

South Africa may see 'many more cases' in the new wave than it experienced earlier this year, Abdool Karim said.