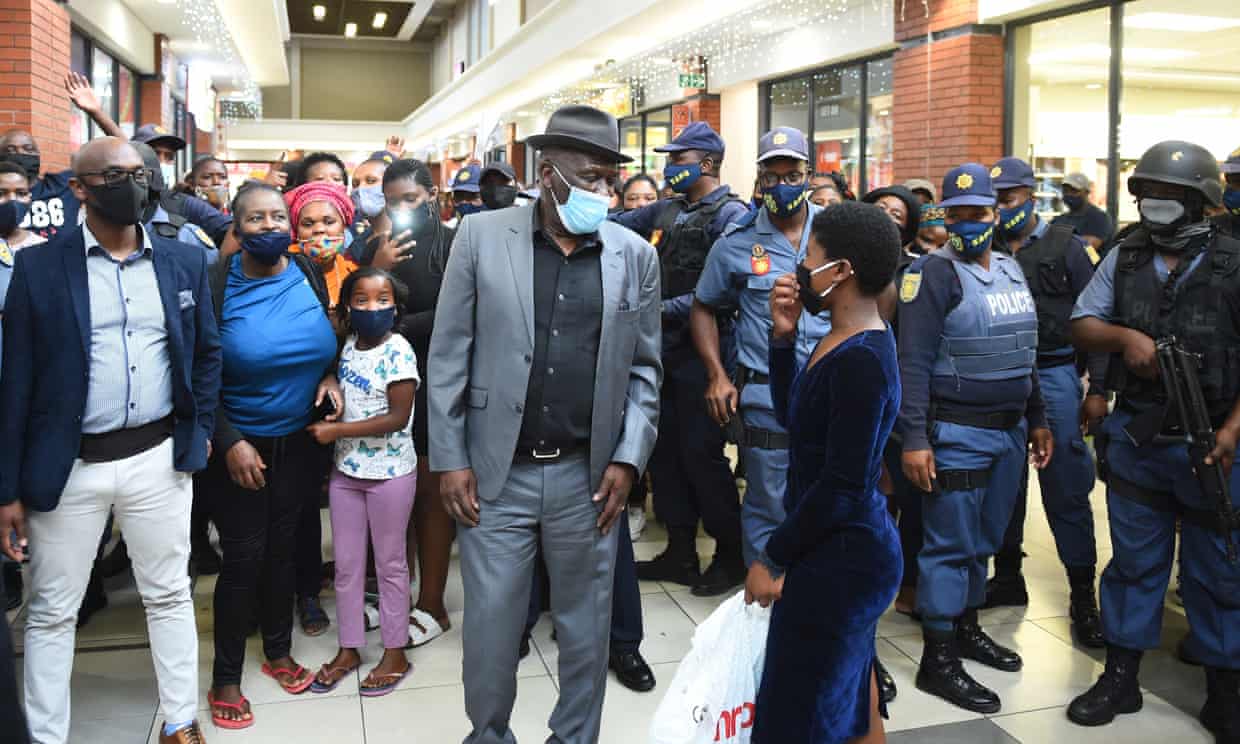 The country's new variant of the coronavirus, 501.V2, is more contagious and has quickly become dominant in many areas of the resurgence, according to experts.

The warning came as South Korea became the latest country to detect cases of the Covid variant that is believed to have originated in the UK.

With South Africa's hospitals reaching capacity and no sign of the new surge reaching a peak, Ramaphosa is expected to announce a return to restrictive measures designed to slow the spread of the disease.

'We are not helpless in the face of this variant,' infectious disease specialist, Dr Richard Lessells told Associated Press. 'We can change our behaviour to give the virus less opportunities to spread.' He said it was most important to avoid contact with others in indoor, enclosed spaces.

South Africa announced a cumulative total of 1,004,431 confirmed cases of Covid-19 on Sunday evening. That number includes 26,735 deaths in a country of 60 million people.

'One million cases is a serious milestone, but the true number of cases and deaths is almost certainly much higher,' Lessells said.

'We have seen the new variant spread rapidly,' he said, pointing out that genomic sequencing shows it has become dominant in the coastal provinces of Western Cape, Eastern Cape and KwaZulu-Natal. It is not yet certain if the variant is as dominant in the inland Gauteng province, which includes Johannesburg and is the country's most populous province.

Mediclinic International, among the top three private hospital networks in the country, said on Sunday that a severe rise in cases had placed a very heavy strain on available healthcare resources including staff, equipment and beds to provide intensive treatment for seriously ill patients.

'The numbers of patients seeking care within our hospitals has exceeded previous numbers during the first peak and the majority of our ICU and high-care units are operating at capacity,' the company said, referring to the Western Cape province.

The mutation of the Covid-19 virus has made it bind more efficiently to cells within our bodies, say experts.

Vaccinations have not yet reached South Africa, although Ramaphosa has said that he expects 10% of the country's 60 million people to be inoculated in the first months of 2021.

The three individuals are members of a London-based family who arrived in the country on 22 December, according to the Korea Disease Control and Prevention Agency.

They have been placed in isolation since testing positive for Covid-19 on arrival, the KDCA statement said.

The new strain of the virus emerged earlier this month in Britain and has already reached several European countries, as well as Canada, Jordan and Japan.

The new strain, which experts fear is more contagious, prompted more than 50 countries to impose travel restrictions on Britain.