Through their research and by reporting the variant to the World Health Organization (WHO), they 'contributed significantly to a better understanding of the dynamics of the pandemic and the world's swift response to it,' the independent prize jury found.

Infectious diseases have "not only national but continental and global impact so it's great to be recognized," said Tulio de Oliveira, the director of the Center for Epidemic Response and Innovation at South Africa's Stellenbosch University, after hearing of his win. "But honestly, we are not chasing prizes. What really gives us satisfaction ... is to do high level science and translate that to policies that save lives."

But, Moyo added, the award doesn't represent the success of one person, and he was 'glad to receive it on behalf of many African scientists.' 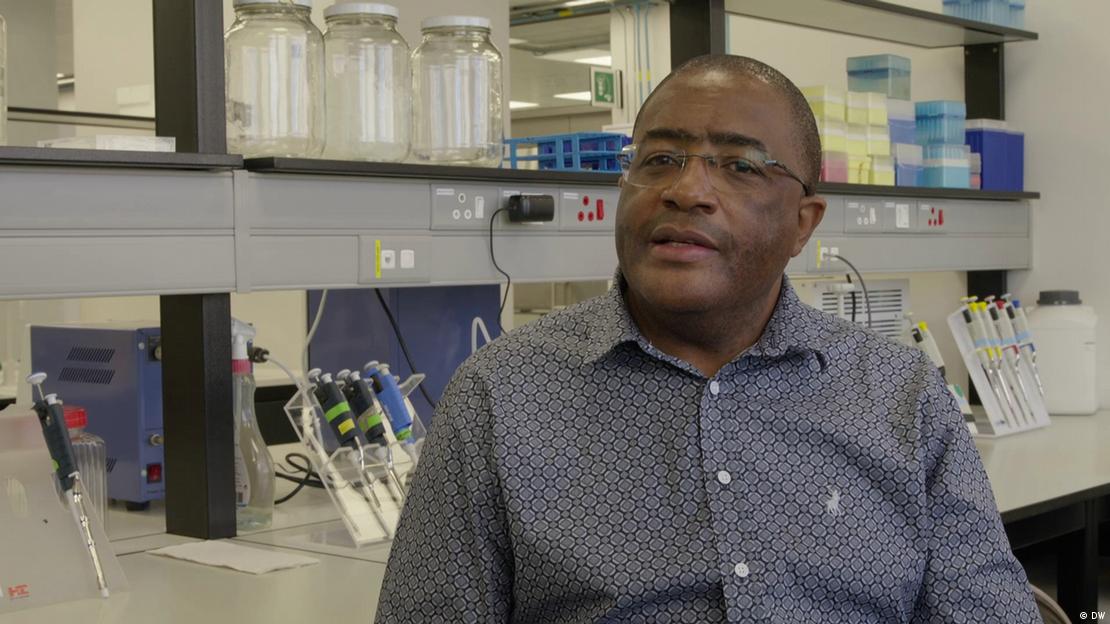 Dr. Shikulile's research into HIV mutations equipped him to analzse COVID-19 when the pandemic hit

During routine genome sequencing of PCR tests in November 2021, Moyo and his team at the lab in Botswana's capital Gaborone noticed several COVID-19 samples that had a new and unusual pattern of multiple mutations.

They quickly shared their findings with an open-source database.

During the same few days, the Network for Genomic Surveillance in South Africa (NGS-SA), headed by de Oliveira, noticed an uptick in infections in South Africa's Gauteng province, which includes the country's economic hub, Johannesburg.

They promptly analyzed more than a hundred samples from Gauteng, finding the same mutated virus as in Botswana.

This led de Oliveira to alert South African authorities and the WHO about the suddenly emerging variant, which just days later was given the name omicron and called a variant of concern. 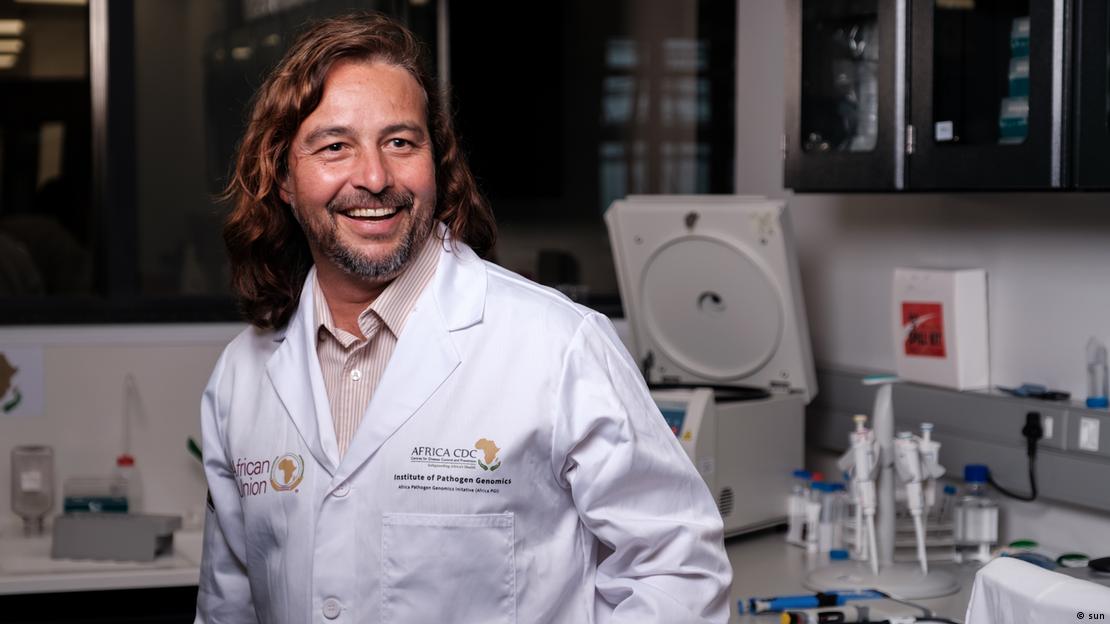 But instead of recognizing the scientific achievements of Moyo and de Oliveira and their teams in southern Africa in swiftly warning the global community about the new variant, nations around the world reacted with fear.

Many countries, as well as the European Union, imposed strict bans on travel to and from southern Africa.

Both Moyo and de Oliveira were seen by some as being personally responsible for the travel restrictions and resulting economic woes, and became targets.

'We received many death threats. We had to put armed security in front of the university so we could carry on our work,' said de Oliveira in an DW interview earlier this year.

'They prove ... that top medical research is also at home in Africa and that the continent has successful crisis management in the global pandemic from which Europe can and should learn.'

As for virologist Moyo, he hopes the award will strengthen the collective resolve among African scientists with 'very little resources" to continue their work.

'The kind of resources we have, compared to what most of Europe had, is just a tiny drop in the ocean,' he said.

The German Africa Award will be presented in Berlin on November 25, 2022.

Watch a video of the awardees in action at: https://www.dw.com/en/german-africa-prize-2022-scientists-who-identified-omicron-win-prestigious-award/a-63545234

Information about the award holders:

Sikhulile Moyo is the lab director at the Botswana Harvard AIDS Institute Partnership, the leading national institution for HIV/AIDS research, training and capacity building in Botswana. The Zimbabwe-born virologist is also a research associate at the Harvard T.H. Chan School of Public Health. Specializing in the human immunodeficiency virus (HIV), Moyo has made a number of significant contributions to research on the prevention of mother-to-child transmission of HIV. He has been responsible for monitoring HIV incidence and has conducted research on HIV mutations associated with drug resistance. It is also thanks to this work that his laboratory was able to perform real-time genome sequencing in the wake of the COVID-19 pandemic.

Tulio de Oliveira is the director of the Centre for Epidemic Response and Innovation at Stellenbosch University, director and co-founder of the Kwazulu-Natal Research Innovation and Sequencing Platform (KRISP) and director of the Network for Genomics Surveillance in South Africa. Born and raised in Brazil, de Oliveira went to university in South Africa where he has lived ever since. A bioinformatician, he is one of South Africa's leading researchers, embodying the face of South African excellence in his field in various capacities, including professor of bioinformatics at the School for Data Science and Computational Thinking at Stellenbosch University and lecturer at the College of Health Science at the University of KwaZulu-Natal.