Speaking to the media on Wednesday night, Health Minister Zweli Mkhize said, We will only fight coronavirus with facts and evidence-based strategies, not fake news. Mail and Guardian news, 2 April, 2020. 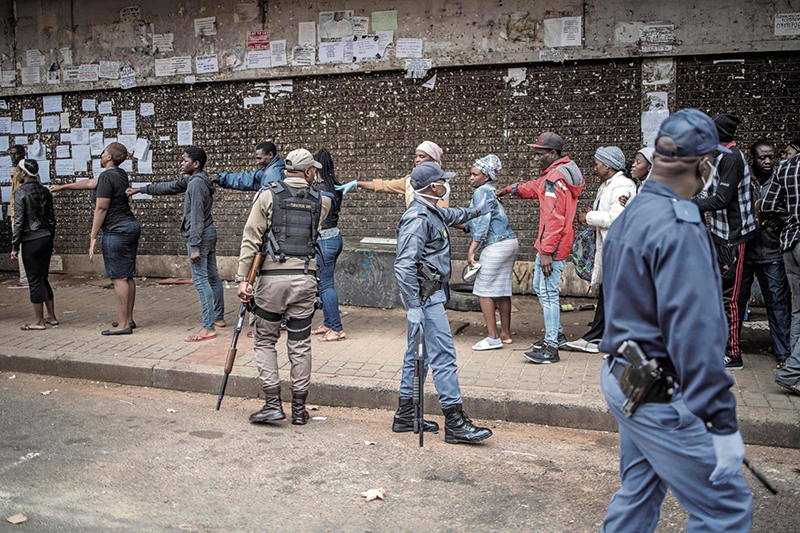 In a country still reeling from previous attempts at public health policies that ignored any scientific rationale, it is a refreshing change to our public health interventions.

It has been nearly 30 days since the first case of Covid-19 in the country was confirmed. And though it may feel longer, it’s been a week since the country has been locked down. The lockdown instituted to quell the rapid spread of the disease, has come at an earlier stage than what many other states around the world have done. In the meanwhile, the rate of increase in the number of confirmed cases of Covid-19 in South Africa have declined, surprising many.

The lockdown and decline in the acceleration are however not related — it takes about two to three weeks for someone to get infected and have the disease play out in their system.

So any impact of the lockdown is still some weeks away.

The Mail & Guardian had estimated that South Africa would have 4000 cases at the start of April. The health department had projected a similar rate of increase in confirmed cases. On Tuesday, Mkhize tweeted: 'Noticed a trend in the past week. Rate of increase is not as high as anticipated. We are observing the trend. We anticipated 4000 to 5000 but we haven’t reached that.'

He added: 'Closing ports of entry is a factor. Up to last week 70% of positive cases were passengers coming into the country.'

One researcher said it was impossible to say why the numbers have slowed down, because many factors could cause this, such as physical distancing and the early lockdown — or that we are not testing enough people or tracing has not been as effective as desired. 'This is the worst time for anyone to form an opinion as the data is not telling us anything at this point.'

Talking after launching new mobile testing units, Mkhize said the lower numbers were good news, but this might turn out to be 'the calm before the devastating storm'. Pulling no punches, he said: 'These will flood our hospitals and clinics.'

Three other researchers, who do not want to be named because of their proximity to government officials, said their biggest frustration was the flow of data to them was inadequate. There appears to be some disappointment among researchers who want to assist the government to collate and analyse the data. 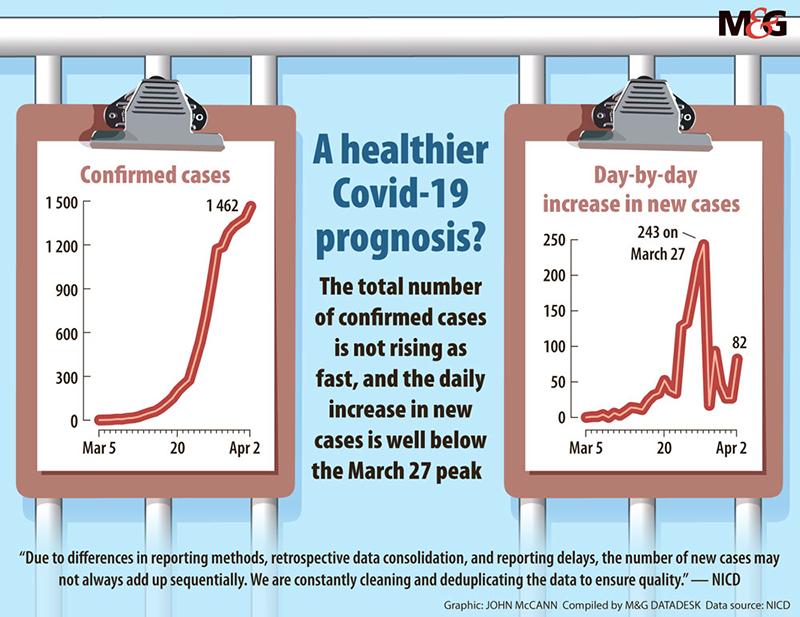 In response to questions on Twitter about the National Institute for Communicable Diseases’s (NICD’s) numbers failing to tally, the organisation this week said: 'We are actively cleaning #COVID19 patient data to ensure that the information is verified and accurate. [This] is required to conduct deduplication of contents and to correct details of patients in order to determine the most effective … intervention.'

A researcher said: 'The frustrating thing is that we are gradually getting less and less information. And that’s frustrating to us because we can’t help the department of health and the NICD if they are not releasing the data.'

'Last week they said they would start releasing data in a spreadsheet file with all the details. That never really happened. It’s a challenge for us to understand the data because it’s quite limited and that hampers the kind of advice we can give to the department.'

The researcher added: 'That’s the nature of data though. But the more you share and the more people who work on it the better the quality of the data is, and the more useful it is to assist in making decisions for the future.'

Besides the difficulty to access the data, researchers caution that the decrease in the number of daily cases should not be celebrated just yet.

Dr Richard Lessels from the University of KwaZulu Natal said the drop in the numbers could be a result of some of the earlier measures that were taken.

Two weeks ago President Cyril Ramaphosa declared a national state of disaster when the country surpassed 50 infected people. He put a cross-border travel ban in place, asked people to sanitise and distance from each other and those who felt unwell to self-isolate.

'Let’s not forget that there were quite significant measures taken back on the 15th. And so it is about the right time to be seeing an effect of some of those measures. It’s been two weeks. So we could be starting to see a real effect of those social distancing measures and the travel restrictions,' said Lessells.

Other researchers believe that not enough testing is happening. This week Mkhize scaled up the capacity to test people across the country with the National Health Laboratory services unveiling of 60 mobile sampling and testing units to be sent to all municipalities.

'The data right now is not telling us anything about whether testing is working or not,' said another researcher.

But what the researchers do agree on is South Africa will not go back to business as usual after April 16, when the lockdown is due to end.

Dr Shakira Choonara, an independent public health practitioner who focuses on health policy and system research, said it is highly unlikely that we will see the effects in terms of containing the spread of the virus within the 21-day period.

'If we are aiming to see results, it may take a few weeks longer and it would be dependent on how rapidly we are able to test, keeping in mind the incubation period. The government has announced mass-scale screening and testing measures,' she said. 'The fact that we are also seeing new cases being detected means seeing the effect of the lockdown is not going to be anytime soon.'

South Africa’s response has drawn praise from the World Health Organisation’s director general Tedros Adhanom Ghebreyesus who commended President Cyril Ramaphosa’s leadership in a series of tweets this week. Matshidiso Moeti, the World Health Organisation’s regional director for Africa, said: 'I believe it’s too early to say [whether the slowdown in new infection is significant]. The lockdown has been in place for [only] a few days. I think that transmissions that would start to be slowed down in the lockdown would only show itself in the reduction of cases some days from now — not now.'