Coronavirus in South Africa: Eight lessons for the rest of the continent

South Africa leads this continent in many ways. Right now, it is poised to lead Africa into the next, most dangerous phase of the pandemic, as the country braces itself for a dramatic rise in infections that will almost certainly overwhelm its relatively well-resourced healthcare system. 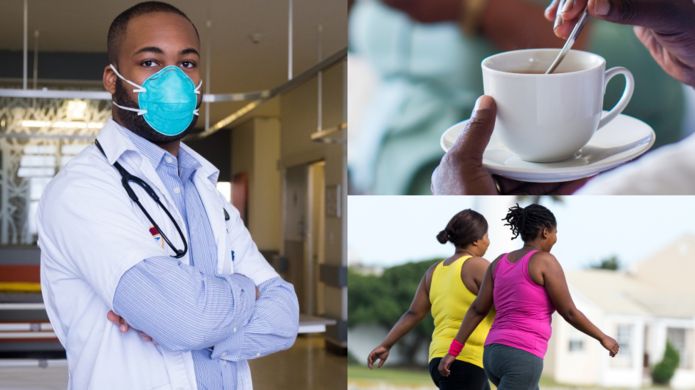 South Africa leads this continent in many ways. Right now, it is poised to lead Africa into the next, most dangerous phase of the pandemic, as the country braces itself for a dramatic rise in infections that will almost certainly overwhelm its relatively well-resourced healthcare system.

Here are eight things it can teach the rest of Africa:

No, it is not a joke. Governments, and medical teams, still need to focus a lot more on hygiene. 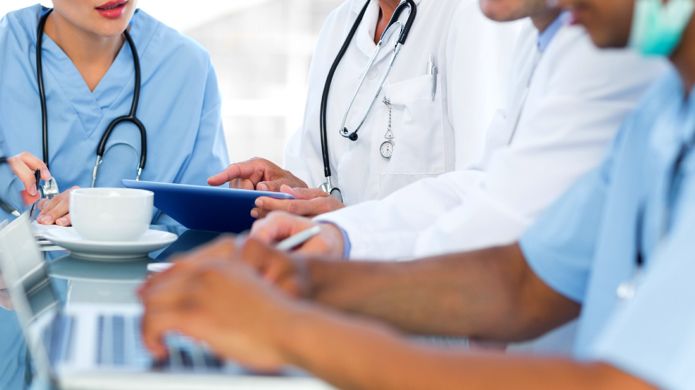 Instead of wasting time and money - as many experts now see it - on acquiring expensive but relatively ineffective ventilators, the evidence from KRISP and UKZN research from South African hospitals already grappling with the virus points to the need for vastly improved hygiene protocols .

Several major hospitals have already been forced to shut after becoming hot spots for the virus.

Doctors are warning that medical staff continue to congregate in tea rooms, removing their masks, passing mobile phones to each other, and undermining all the work they do on the wards.

'The most dangerous place in a clinic is undoubtedly the tea room. We're trying to get that message out,'said Doctor Tom Boyles, an infectious disease specialist in Johannesburg.

After a promising start, South Africa is now struggling, woefully, with its testing.

It has built up a huge backlog - 'tens of thousands'according to several sources - at its laboratories, which is now undermining the validity of the entire testing process. 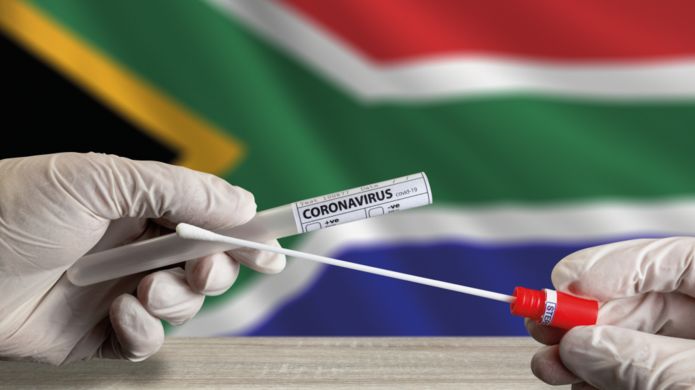 'How do we prioritise limited resources?'asked Prof Shabir Madhi, a prominent vaccine expert, who said South Africa's likely testing limit - because of financial and logistical constraints - would stay at about 20,000 per day.

An impressive number, perhaps, but of no real use, doctors insist, unless the results of those tests can reliably be produced within, ideally, 24 hours.

Much longer than that and an infected person will either have spread the virus to too many others to trace properly, or they will already be in hospital, or they will have passed the point of serious risk for infecting others.

'Currently the turnaround time for Covid tests is around 14 days in most places, so that basically means it's a complete waste of time,'said Dr Boyles.

The same concerns apply to South Africa's much-hailed community screening and testing programme which, experts say, has outlived its usefulness, since the virus has now spread far beyond the capacity of the country's large team of community health workers to track with any effectiveness.

'The timeline renders it meaningless and compromises the care that should be occurring in hospitals,'according to Prof Madhi, who said it was vital that the testing system be aimed, as efficiently as possible, at hospitals, medical staff and those at most risk.

But there are signs of a political battle delaying these changes, with officials reportedly resisting calls for older tests to be simply thrown away.

Much has been made of the fact that Africa has an unusually young population, and, indeed, that may yet help to mitigate the impact of the virus here. 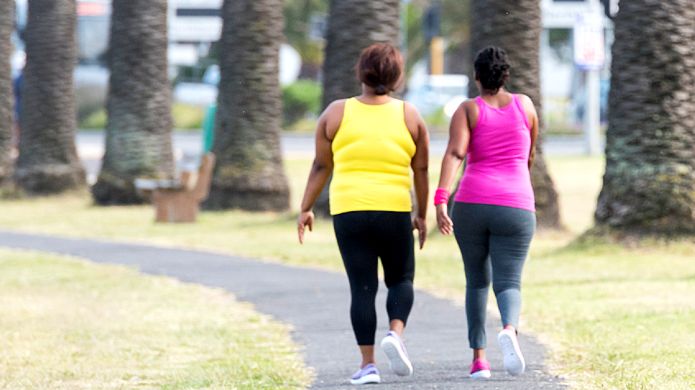 It is believed that as many South Africans suffer from hypertension and diabetes as from HIV - some seven million people. That is one in eight of the population. Some of them are undiagnosed.

Two-thirds of coronavirus deaths in South Africa so far are among people aged under 65, according to Prof Madhi.

'Obesity is a big issue, along with hypertension and diabetes,'he said.

Although demographic differences make it hard to make direct comparisons between countries, over half of younger South Africans who are dying from Covid-19 have some other illness - roughly twice the rate seen in Europe.

But the evidence from several South African hospitals already suggests that alarmingly high levels of obesity - along with hypertension and diabetes - in younger Covid-19 patients are linked to many fatalities.

A busy antenatal clinic in Johannesburg recently closed down following reports that one member of staff had been exposed to a coronavirus patient. Twelve nurses were sent home and told to self-isolate.

The move has been quietly condemned by many doctors who see it as evidence of a wider climate of unnecessary fear and over-caution among medical staff which is in danger of crippling the country's health system and undermining its fight against the virus.

'There needs to be clear guidance on what sort exposure is significant. We have not adequately demystified this virus,'said Prof Madhi, who stressed that a person needed to spend 15 minutes or more in close proximity to a confirmed case to be considered at serious risk of infection.

Unions have been understandably robust in seeking to protect their members and to raise concerns where personal protection equipment (PPE) has been lacking.

But several medical workers told me that tougher discipline was needed to enforce hygiene protocols among staff - along with better education and training about managing risk.

'Fear is the predominant factor. Morale is definitely low,'said one hospital doctor, on condition of anonymity.

'But you also find people who are looking to get quarantined, who are very happy to take a two-week paid holiday'in self-isolation.

5) The devil is in the detail

This week South Africa announced that religious groups could resume worship in gatherings of no more than 50 people.

The move was clearly a political concession by a government under pressure to ease lockdown restrictions and that understands that to retain public trust over the longer-term it must show signs of give and take. 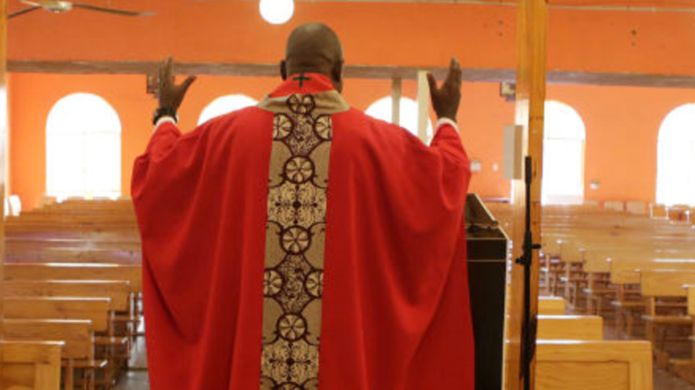 But the decision carries significant risks. Religious gatherings - often attracting older people - are known globally to be hot spots for spreading the virus. By choosing to ignore that fact, the government may be undercutting its own messaging.

'It undermines any pretence that the regulations are rules are science-based,'said political scientist and commentator Richard Calland.

One option for the government might have been to bar anyone over 65 from attending a religious service. Instead it has told religious leaders to implement strict social-distancing and hygiene policies in their churches and mosques.

All non-authoritarian governments eventually have to rely on the public's willingness to obey, not just the broad spirit of any regulations, but - as the tea room troubles indicate - the granular detail of clean prayer mats, no-contact services and no more than one person for every 2.5 sq m (about 26 sq ft) of church hall.

South Africa's official opposition, the Democratic Alliance (DA), has been struggling to make itself heard during the lockdown.

A crisis of this magnitude inevitably pushes opposition parties to the sidelines and, one could argue, they would do well to stay there.

When the DA has sought to attract attention to itself, it has shown signs of flip-flopping on policy.

'They should be playing a much longer game, looking to win the peace, not the war,'said Mr Calland, citing the example of Clement Atlee, who swept to power in the UK, defeating Winston Churchill in the immediate aftermath of World War Two. 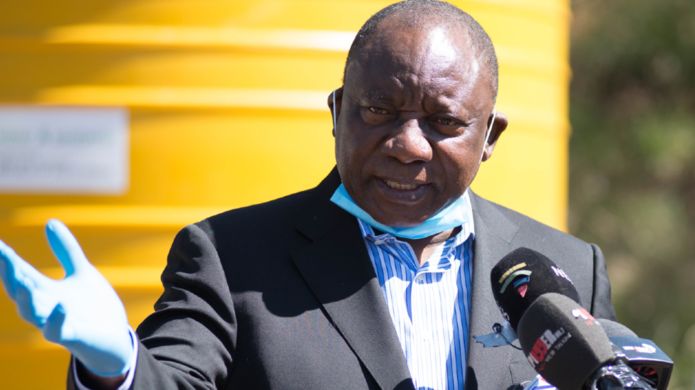 The much smaller, populist Economic Freedom Fighters (EFF) has already indicated how it plans to win political capital from the crisis, by opposing any easing of the lockdown (its racialised antipathy to foreign investment and to big business freeing it from serious concern about the economic impact).

It will presumably seek to blame President Cyril Ramaphosa for the inevitable rise in infections and deaths.

Mr Ramaphosa's own enemies within the governing African National Congress (ANC) - currently silenced - may well make common cause with the EFF on that issue.

The blame game will be a brutal one across the continent. Will the power of incumbency - such an important factor in African politics and beyond - prove to be a strength or a weakness with Covid-19?

7) Bring the public with you

When South Africa banned the sale of alcohol during the lockdown, many people accepted it as a harsh, but perhaps necessary step to limit domestic abuse, prevent violence, and thus keep hospital beds free for coronavirus patients.

But over time, frustration - with the ban, and with the brutal and haphazard enforcement of it - has grown and the clampdown is now set to be partly lifted. So far so good.

But in tandem with the alcohol ban, South Africa put a stop to all cigarettes sales too. And that will remain in force indefinitely.

The government insists its decision is based on scientific evidence, but few people seem to believe that is what is really guiding ministers. Instead many suspect that officials are using the lockdown as cover to introduce their own pet projects. 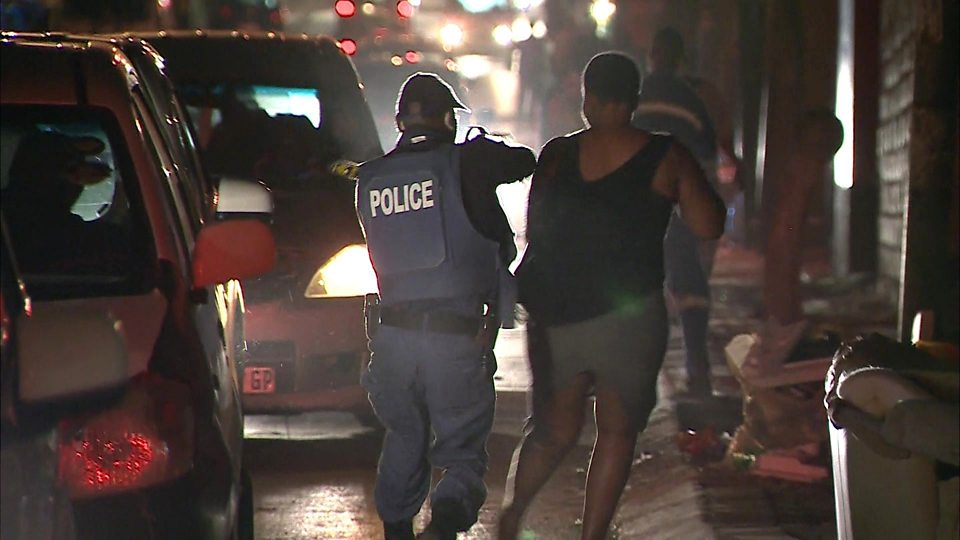 The impact of South Africa's alcohol and cigarette ban in lockdown

The ban is playing into the hands of powerful criminal syndicates controlling contraband cigarettes, and is costing the government a fortune in lost tax revenues.

But perhaps more importantly, it is undermining the credibility of the lockdown regulations themselves - making compliance, as the country moves to ease some restrictions on movement, less likely.

For weeks, it seemed, everyone was talking about finding and building ventilators. But the experience of frontline doctors in Cape Town has already shown that simpler, cheaper and less-intrusive devices can play a far more important role.

Countries need to plan according to their limited resources. 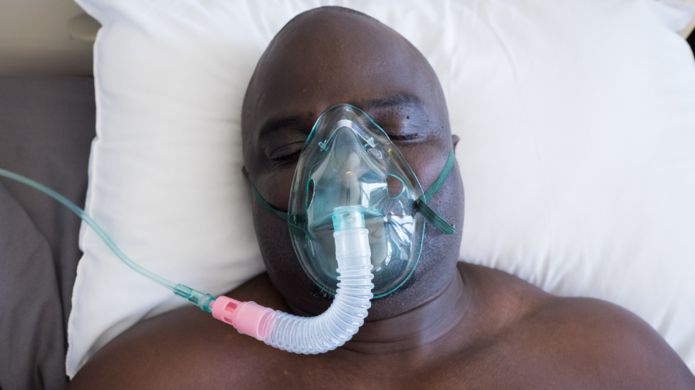 'The investment in ventilators was a huge waste,'said Prof Madhi, who, like colleagues in Cape Town, stressed the importance of high-flow nasal oxygen machines that work more efficiently than more traditional oxygen masks.

He said he had been 'raising the alarm'about the need to improve South Africa's supply of oxygen 'for about six weeks'.

Hospitals in Cape Town are also following the international example of 'proning'- lying patients face down in order to improve oxygen supply to their lungs.

The principal of looking for simpler solutions applies to staffing too, with many doctors urging the health authorities to focus on bringing final-year medical students, and perhaps retired staff, into an overstretched system, rather than importing expensive foreign doctors from places like Cuba.