On 9 March, a patient who had recently traveled to Europe and had symptoms of COVID-19 visited the emergency department of St. Augustine's, a private hospital in Durban, South Africa. Eight weeks later, 39 patients and 80 staff linked to the hospital had been infected, and 15 patients had diedĀ—fully half the death toll in KwaZulu-Natal province at that time. 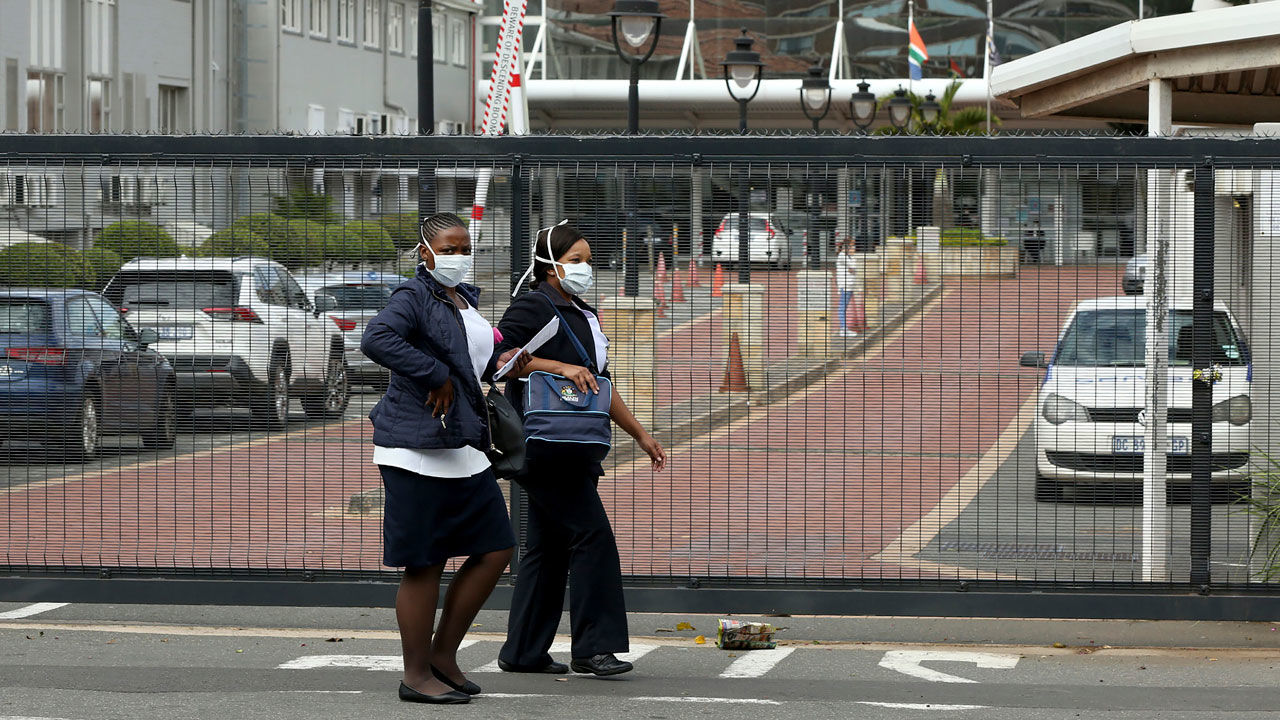 By Linda Nordling, May. 25, 2020, Science. Science's COVID-19 reporting is supported by the Pulitzer Center.

Now, scientists at the University of KwaZulu-Natal have published a detailed reconstruction of how the virus spread from ward to ward and between patients, doctors, and nurses, based on floor maps of the hospital, analyses of staff and patient movements, and viral genomes. Their 37-page analysis, posted on the university's website on 22 May, is the most extensive study of any hospital outbreak of COVID-19 so far. It suggests all of the cases originated from a single introduction, and that patients rarely infected other patients. Instead, the virus was mostly carried around the hospital by staff and on the surfaces of medical equipment.

'It's a remarkable story and testimony to the virus' capacity to spread through a facility if appropriate controls are not in place,' says Michael Klompas, an infectious disease specialist at Harvard Medical School who was not involved in the study. Hospital infections are not uncommon, as the large number of infected health care workers worldwide attests; by documenting the routes of spread, the report 'holds valuable lessons in how health care institutions need to function in the COVID era,' says Salim Abdool Karim, an HIV scientist based in Durban who chairs a scientific COVID-19 advisory group serving South Africa's Department of Health.

The report, which reads like a detective novel, tracks the virus' spread through five hospital wards, including neurology, surgery, and intensive care units (ICUs), as well as to a nearby nursing home and dialysis center. Remarkably, no staff infections seem to have taken place in the hospital's COVID-19 ICU, arguably the riskiest area of the hospital. That may be because patients are less infectious by the time they are admitted to intensive care, or because the staff there are more diligent about preventing infection, the authors note.

The first patient, who sought help for coronavirus symptoms, only spent a few hours at the hospital, but likely transmitted the virus to an elderly patient admitted the same day for a stroke. The pair were in the hospital's emergency department at the same time; the first patient was kept separate in a triage area, but that room was reached through the main resuscitation bay, where the stroke patient occupied a bed. (The emergency department was closed in April and opened again this month with an altered layout to improve infection control.) The two were also seen by the same medical officer.

But on the whole, patients infected few other patients directly. Instead staff members spread the disease from patient to patient and from department to departmentĀ—perhaps sometimes without becoming infected themselves. 'We think in the main it's likely to have been from [staff] hands and shared patient care items like thermometers, blood pressure cuffs, and stethoscopes,' says Richard Lessells, an infectious disease specialist at the KwaZulu-Natal Research Innovation and Sequencing Platform and one of the study leaders. He and the other authors found no evidence that aerosol transmission contributed to the outbreak.

Although it stops short of assigning blame, the report notes the hospital missed several opportunities to curb the outbreak. Early on, staff overlooked COVID-19 symptomsĀ—although some patients lacked telltale symptoms such as fever, and the early inpatient cases did not meet the COVID-19 case definition at that time. In a statement on 20 May, Craig Murphy, regional director of Netcare, the hospital group to which St. Augustine's belongs, called the outbreak 'a sad and transformative experience.' He added that all the recommendations made in the report had been 'fully implemented' by the time it was published.

'The high rate of positive staff membersĀ—80 out of 119 casesĀ—hints that they have been important drivers, and that screening of staff is an essential measurement to stop the spread.

he study was possible because South Africa had few cases in early March, Lessells says. Once community spread has taken hold, it's often difficult to be sure a patient picked up the virus in the hospital or somewhere else. As a result, 'In Europe and North America, what is happening in hospitals is somewhat hidden,' Lessels says.

But South Africa only registered its first importation of the coronavirus case on 6 March, 3 days before 'patient zero' entered St. Augustine's. That makes it unlikely that patients in the cluster picked up the virus elsewhere. 'There was no contamination,' Lessells says. Also, 18 viral genomes sequenced from the St. Augustine's outbreak were almost identical, pointing to a single source, whereas five concurrent COVID-19 samples taken in Durban at the time did not cluster with the hospital infections.

The St. Augustine's outbreak has been a wake-up call for South Africa, Abdool Karim says: 'It [has] highlighted the importance of hospital outbreaks, how easily they occur, and the risks posed not only to fellow patients but to staff, and visitors,' he says.

Lessells and his co-authors make a number of recommendations to reduce those risks, including splitting the hospital into green, yellow, and red zones based on their COVID-19 exposure risk, limiting staff movements between those zones, and weekly testing of frontline staff. Hospitals elsewhere in the world should take note, says Jens Van Preat, an internal medicine specialist at the AZ Sint-Jan AV Hospital in Brugge, Belgium, who has written about the prevention of hospital-based spread of COVID-19. 'The high rate of positive staff membersĀ—80 out of 119 casesĀ—hints that they have been important drivers, and that screening of staff is an essential measurement to stop the spread.'


As COVID-19 collides with HIV/AIDS, the pandemic may be taking an ominous turn