Ahead of the emergence of the SARS-CoV -2 outbreak in South Africa KRISP started preparing for it. KRISP really rose to the occasion in the fight against COVID-19 pandemic in Africa. In the process, KRISP trained 1000s of health care workers, produced genomic protocols & capacitated dozens of laboratories in Africa to respond to the COVID-19 pandemic
Short video that highlights how KRISP's scientists worked tirelessly to help the COVID-19 response in Africa.

Early in January, KRISP worked with other international groups and developed Genome Detective software as an open source tool to help with speed the analysis of the first SARS-CoV-2 genomes. Since then the software has been used by 1000s of scientists all over the world.

In February, KRISP began with capacity building and training of 5000 healthcare workers in order to prepare them for the frontline response. KRISP also organized and ordered critical supply chains for reagents and PPEs, optimized protocols for qPCR diagnostic testing from Themo Fisher Scientific.

In March, KRISP started performing qPCR testing with CAPRISA as part of a sentinel population cohort to determine when SARS-CoV-2 infections were first seen in South Africa.

In April, our team of infectious disease specialists led an investigation into a local nosocomial outbreak early on in the pandemic, which led to Science touted as one of the most important and in-depth studies of nosocomial transmissions globally.

KRISP also began whole genome sequencing of the virus to track how and when it was introduced into the country. This data helped to understand how the virus arrived in South Africa inform policy early on in the government's response. To date KRISP has sequenced over 1000 genomes.

Critical data analysis began in real-time and key partnerships with Nextstrain and GISAID allowed for in-country curation of all data.

KRISP is invited by the WHO and the AfricaCDC to join the genomics surveillance network and in the Network for Genomic Surveillance in South Africa (NGS-SA) was launched in June, providing a platform for key collaborations between five NHLS Virology Labs around the country and the neighbouring academic institutes and their bioinformatics teams.

In July, KRISP began assisting the NHLS qPCR testing backlog, processing 1000s of samples in 4 weeks. The minister as well as Director-General of the department of Science and Innovation, commended KRISP for its innovative efforts and critical contribution towards the response effort.

In August, KRISP produced a video for Health and Safety Awareness Training at the working environment for COVID-19 infection prevention and control with TruLife.

Expanding diagnostic services to help public health beyond KZN to other provinces We are collaborating with Dube Trade Port to setup offices and a high throughput laboratory at the port.

Through this partnership, we will leverage DTP systems to import bulk raw reagents. This will result in more rapid health diagnostics.

We are intensifying our marketing by moving our Business Development to DTP; to enable easy and more frequent interactions with organizations from other provinces and countries.

With these, we aim to make a significant contribution to healthcare and in the development of a strong bio-economy in South Africa.

KRISP partnership with AfricaCDC to capacity building in Africa:

KRISP partner with AfricaCDC to produce a weekly seminar series that aim to capacitate laboratories and public health officials on the production, analysis and interpretation of SARS-CoV-2 genomic data. This is a weekly webinar program - more info at AfricaCDC website. 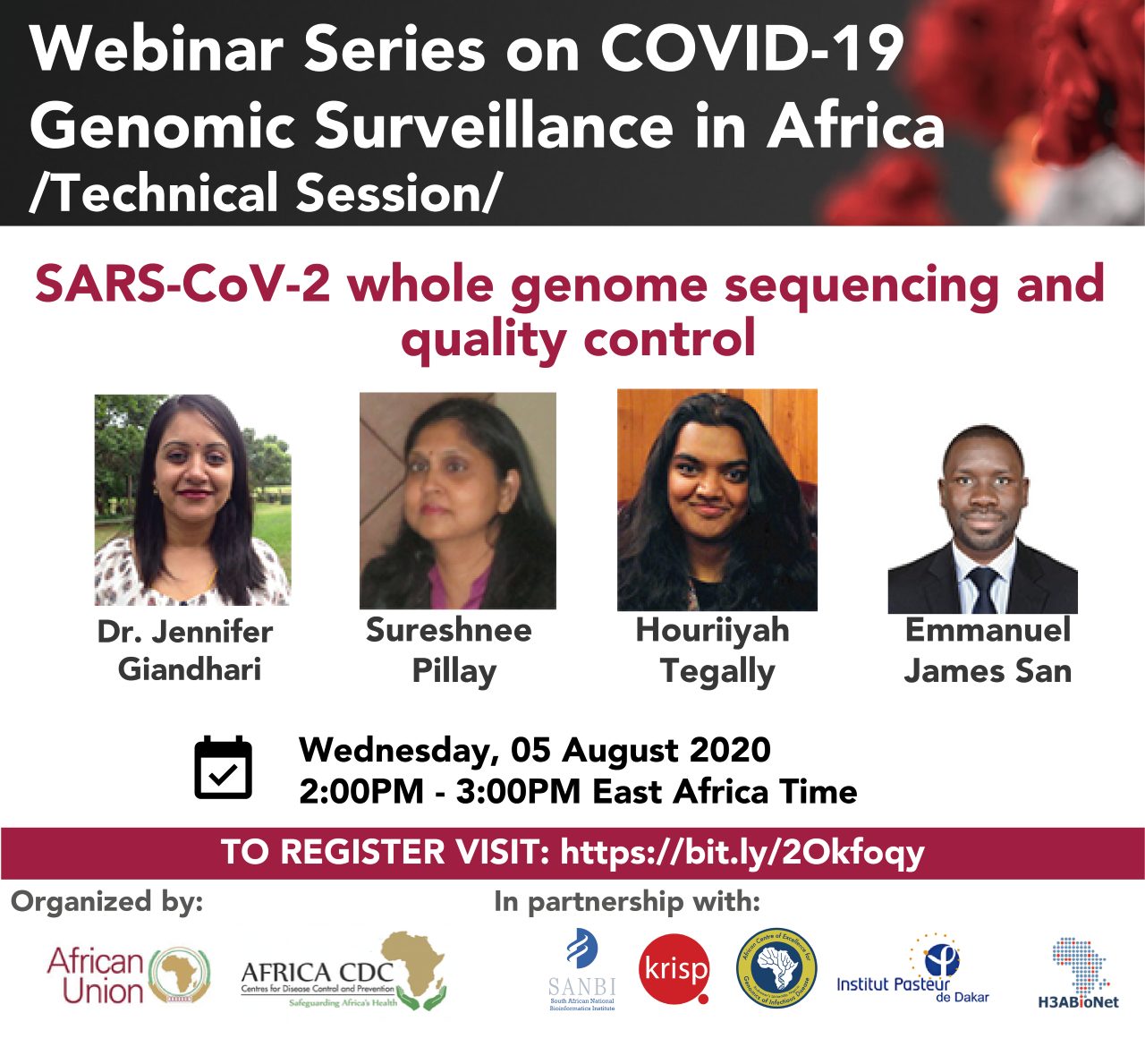